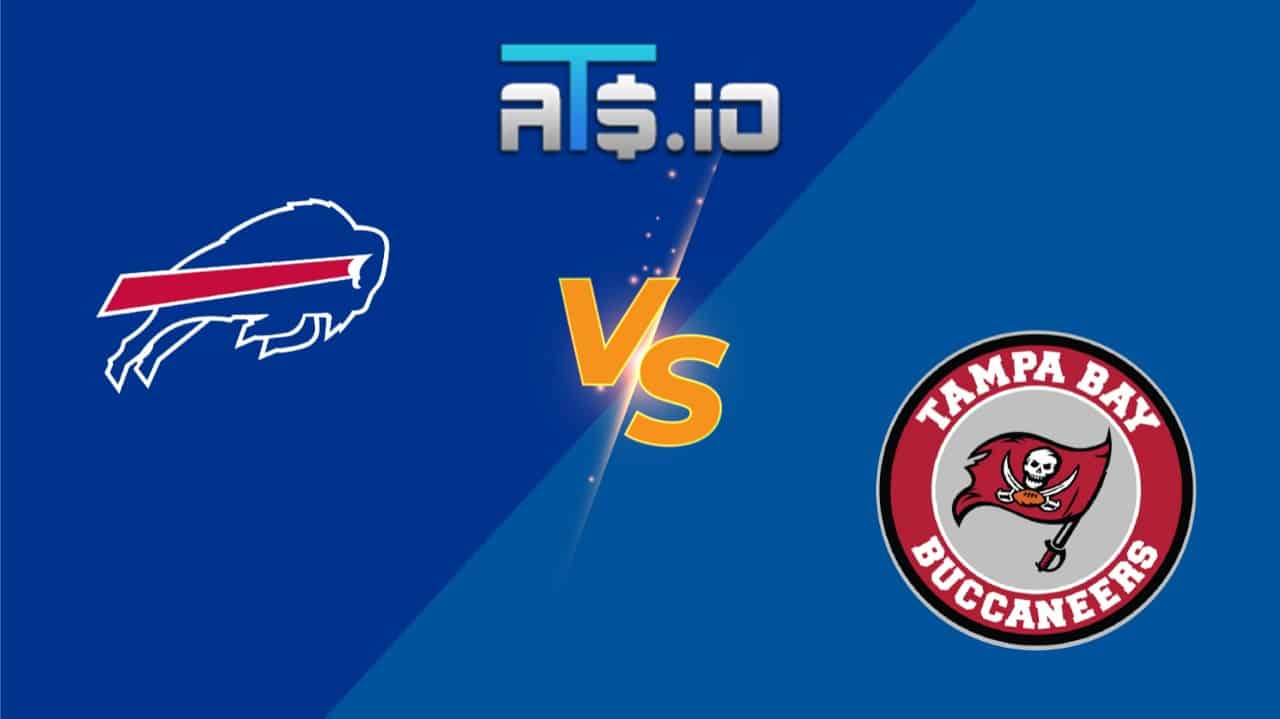 The Bills and Buccaneers will take the field on Sunday afternoon in one of the marquee games of the NFL Week 14 slate. And while the Bills have had a hard time playing winning football on a regular basis, they certainly have a fighting chance in this game against a Buccaneers team that is looking for a first round bye in the NFC. Our NFL betting picks for this week include this prediction for Bills vs Buccaneers from Tampa.

DraftKings is offering 100/1 odds on a point to be scored this game. Bet $1 on either team to win Bills vs Buccaneers and win $100 if either team scores. Click Here Now

DraftKings Sportsbook is offering new players a 100/1 payout if they place a bet on Bills vs Buccaneers for Sunday’s game. Bettors can wager one dollar on either the Bills or Buccaneers to win this game. If a point is scored during the entirety of the game, DraftKings will pay out $100 in free bets to bettors on both sides, regardless of the outcome of the game. Given the firepower on both sides of this contest, this is an offer that cannot lose.

✅ The Bills’ loss to the Patriots shouldn’t be held against them, as there were high winds that completely grounded their pass-heavy offense. In warmer weather in Florida, without all of the wind to get in their way, the Bills should be able to move the ball more effectively and could win this game outright.

✅ Despite their recent lack of consistent play, the Bills still have the number one defense in the NFL in terms of yards per play allowed. They should be able to make the Bucs work for their points in this game, unlike many of the teams that Tampa Bay has run over over the last few weeks.

✅ Despite the struggles of the Bills lately, they have been better at covering the spread than the Buccaneers over the course of this season. Buffalo is 6-4-1 against the number this year, while the Bucs are 6-6 against the spread. While Tampa has been great at home this year, they haven’t played high-quality competition and are vulnerable in this home game.

The Buffalo Bills suffered a devastating loss last week against the New England Patriots on Monday Night Football. High winds ground their offense to a halt, as the Bills lost 14-10 in a game where they didn’t have many scoring chances until the final quarter of the night. In this game, the Bills should be able to have a more productive offensive day, but will have to be wary of a Tampa Bay offense firing on all cylinders.

Buffalo has alternated wins and losses over their last eight games, coming off of a loss their last time out here. While their recent run would suggest that a win is coming next, there is absolutely no guarantee of that against a team with the quality of Tampa Bay.

The Tampa Bay Buccaneers won their third straight game in Week 13, beating the Atlanta Falcons by 13 points. The Buccaneers’ offense has been riding high of late, scoring 30 points or more in each of the last three weeks. But it will be the defense of the Buccaneers that is tested in this game against a potent Bills offense.