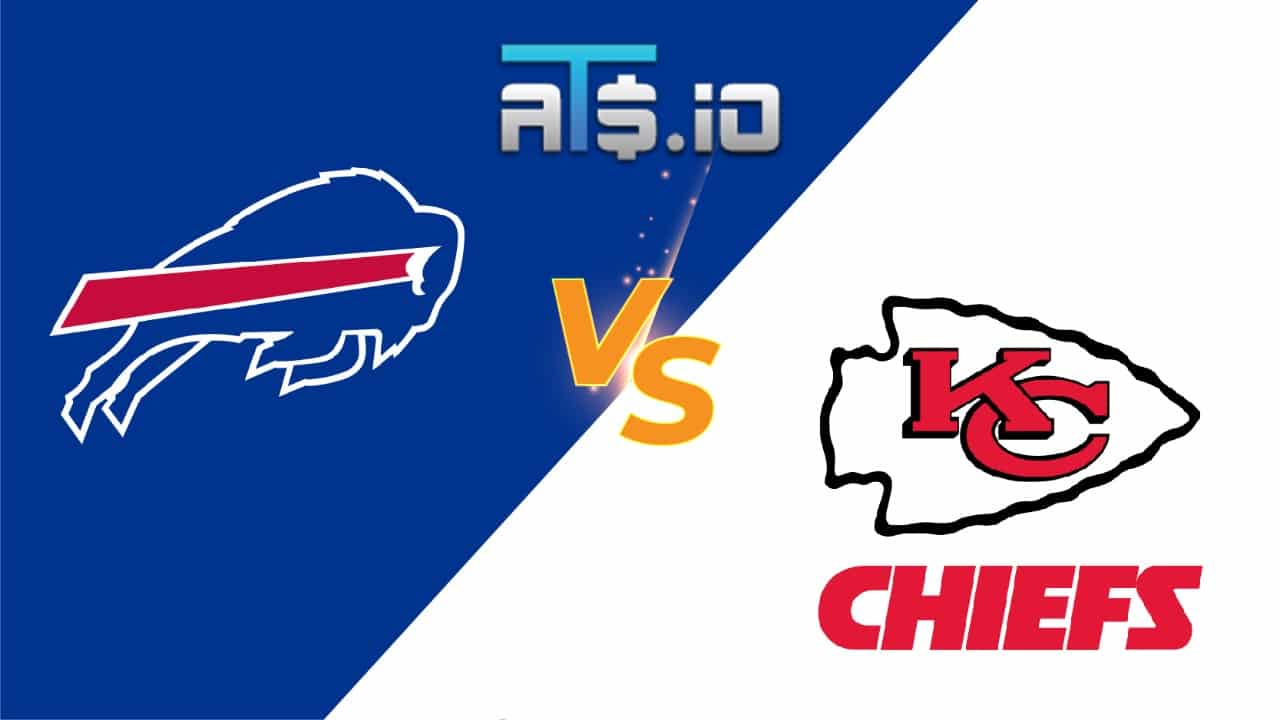 A rematch of last year’s AFC Championship Game will take place in the Divisional round as the Buffalo Bills and Kansas City Chiefs square off at Arrowhead Stadium. Both teams have championship aspirations this season, as the Chiefs look to win their third straight AFC title while the Bills look for their first in nearly two decades. In this week’s NFL predictions, we look at Bills vs Chiefs as both teams bring their high-powered offenses to Kansas City.

New bettors at FanDuel Sportsbook can get a risk-free bet for up to $1,000 on this Bills vs Chiefs game, where they will be reimbursed their stake if the bet loses.

FanDuel Sportsbook is offering new players a risk-free bet that can be used on Bills vs Chiefs. Bettors can wager up to $1,000 on this game and keep their profits if that first bet is a winner. If their first bet is not a winner, FanDuel will reimburse players with site credit to be used throughout their sportsbook, up to $1,000.

✅ The Bills beat the Chiefs 38-20 earlier this season at Arrowhead Stadium, in a game that may not have been that close. Buffalo won’t blow the Chiefs out this time around, but they should be able to beat them again thanks to their being more well-rounded than Kansas City at this point in time.

✅ Buffalo was number one in the NFL in yards per play allowed this season, while the Chiefs were the fifth worst team in the NFL in that regard. The Bills gave up 1.2 yards per play less than the Chiefs this season, and that big a defensive mismatch is a huge plus for the Bills given that the offenses in this game are relatively even quality-wise.

The Buffalo Bills destroyed the New England Patriots in the first round of the playoffs, with one of the best offensive performances in the history of the NFL playoffs. Buffalo scored 47 points, going the entire game without a punt or field goal attempt in their 47-17 victory over their AFC East rivals. Now the Bills will look for a similar offensive performance, which might be a requirement against the explosive Chiefs.

The Bills will need to rely on their defense in this game to slow down Patrick Mahomes and the Chiefs’ aerial attack. They were able to hold the Chiefs to just 20 points in their meeting on Sunday Night Football earlier this season. But the Chiefs have been playing much better football since then, and the top scoring defense in the NFL this season will be put to the test in a major way.

The Kansas City Chiefs crushed the Pittsburgh Steelers in the Wild Card round, beating Pittsburgh for the second time this season to advance to the Divisional round. Patrick Mahomes threw five touchdown passes for the Chiefs in a span of just under 11 minutes, with Travis Kelce throwing a touchdown pass as well. This week, the Chiefs may not have quite so much offensive success, but the Chiefs are flying high heading into this week’s action.

Just like the Bills, the offense of the Chiefs is expected to put points on the board this week. It will be the defense of the Chiefs that will need to step up, as they were unable to slow the Bills down in their regular season meeting this year. They will need to get pressure on Josh Allen to avoid the Bills getting comfortable and establishing an offensive rhythm like they did the last time these teams met.