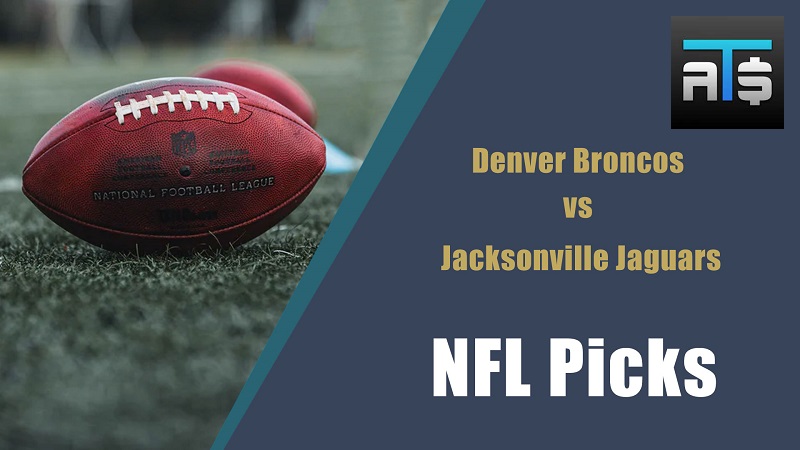 Broncos vs Jaguars marks the first game in Trevor Lawrence’s professional career where his team is at home. After a rough start on the road against the Texans, the Jags will host a Broncos team that was excellent in Week 1 against the Giants. In this edition of NFL picks, we look at the Denver Broncos and Jacksonville Jaguars and decide where bettors should go with this NFL matchup.

✅ Trevor Lawrence put up big yardage numbers in Week 1, but only because the Houston Texans were up by so much that the Jags had to throw all second half long. Against a brutal Denver pass rush, expect Lawrence to have a rough outing in just his second start as a professional football player.

✅ Jacksonville struggled on defense in Week 1, but they should put forth a better performance at home against the Broncos. While Denver played well offensively in the second half of their win over the Giants, the Jags have the benefit of playing Denver in their second straight road game here.

✅ The Broncos converted on close to half of their third down attempts in Week 1 against the Giants. Given that they converted on third downs at a percentage that would have finished top-five in the NFL last year, expect the Broncos to regress to the mean to an extent in Week 2.

The Denver Broncos looked like a playoff team in Week 1 against the Giants, holding them to just 13 points, with six of those points coming as time had already expired. But the defense of Denver was expected to be good coming into the game. It was the offense of the Broncos that exceeded expectations, as Teddy Bridgewater led them to an efficient performance where he was able to beat the Giants in multiple ways.

Bridgewater had 264 passing yards and two touchdowns, with no interceptions to his name last week. He also made a few key scrambles with his legs that kept drives alive, even against a Giants team that had a stout defense in 2020. Now the question is whether or not Bridgewater can deliver on the road for the second straight week against an opponent he and his team are expected to beat.

The anxiously awaited debut of Trevor Lawrence in the NFL went as poorly as it could have possibly went in Week 1, as the Jaguars were blown out by the Houston Texans. Lawrence turned the ball over a couple of times in the game, and was put in a position where he had to keep throwing to try and force Jacksonville back into contention. This week, the Jaguars hope for Lawrence to be able to play under a more measured gameplan in a more competitive game.

Also worth keeping an eye on for the Jaguars is their head coaching situation. With reports out of Jacksonville that Urban Meyer is losing his locker room and his name being linked to the USC job, it’s worth wondering just how much focus Meyer has on the task at hand. Against a team with a defense like Denver’s it will take everyone’s full focus and execution to have success.