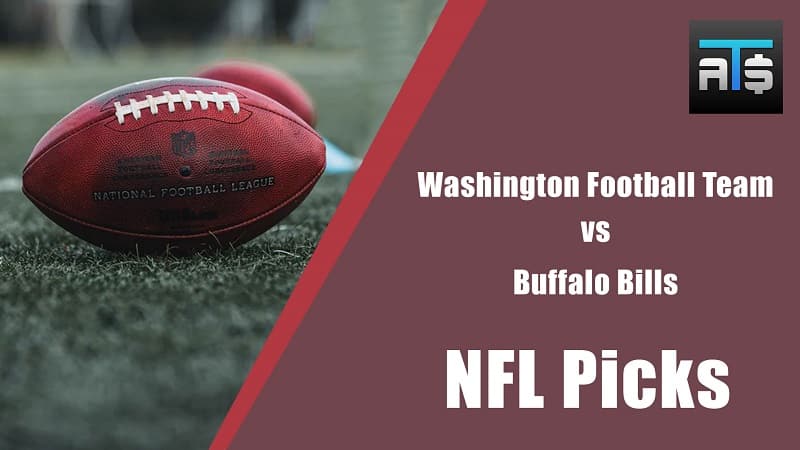 The Buffalo Bills vs Washington Football Team matchup in Week 3 will be the second time in three seasons that the Bills host Washington. Buffalo got the win in 2019 at Orchard Park when these two teams met, and will look to get another win against this NFC East opponent to improve to 2-1 on the season. In our latest NFL predictions, we look at the Bills and Football team and look to pick a winner in this East coast contest.

Why Bet The Under In Bills Washington:

✅ The Buffalo Bills have been excellent on defense this season, allowing just 23 points through two games. And of those 23 points, the Bills only allowed 16 points to an opposing offense, as seven points came from a blocked punt that the Steelers ran into the end zone for a touchdown in Week 1.

✅ The Washington Football Team has yet to play a game on the road this season, and their offense should suffer from having to go play in a hostile environment. Washington is taking a backup quarterback on the road to face one of the best defenses in the NFL, which should help the under here.

✅ Both the Bills and Washington Football Team are in the bottom half of the NFL in yards per play this season. Buffalo has been particularly woeful in that regard, averaging under 5.0 yards per play. That should help the under despite the perception that the Buffalo offense is elite based on past performances.

Washington has played two games at home this season, and split those two contests. They lost to the LA Chargers before getting a last-second victory over the New York Giants on Thursday Night Football in Week 2. Now, with extra rest after last week’s game, the Football Team will look to pull off their first upset of the season against a Bills team that hasn’t been invincible so far this season.

A major issue for the Football Team this year has been their defense, as they have allowed opposing offenses to move the ball early and often against them. Washington was gashed by Justin Herbert in their season opener, even if the Chargers struggled to score points at the end of their drives. And they did not look much better against the Giants, who were just a couple of plays away from beating Washington.

The Buffalo Bills rebounded nicely from their Week 1 defeat at the hands of the Pittsburgh Steelers. Buffalo beat the Miami Dolphins 35-0 on the road, bouncing back behind their defense, which has been excellent despite splitting their first two games. They will need another strong defensive performance against a quarterback in Taylor Heinicke who has performed well in relief of Ryan Fitzpatrick.

For Buffalo to have success here, their offense will need to be more consistent than it was over the last two weeks. The hit or miss nature of Buffalo’s offense has been the cause of their .500 start to the year. But if Josh Allen can play more like he did in Week 2 than he did in Week 1, the Bills have a chance to outperform anyone, including Washington.