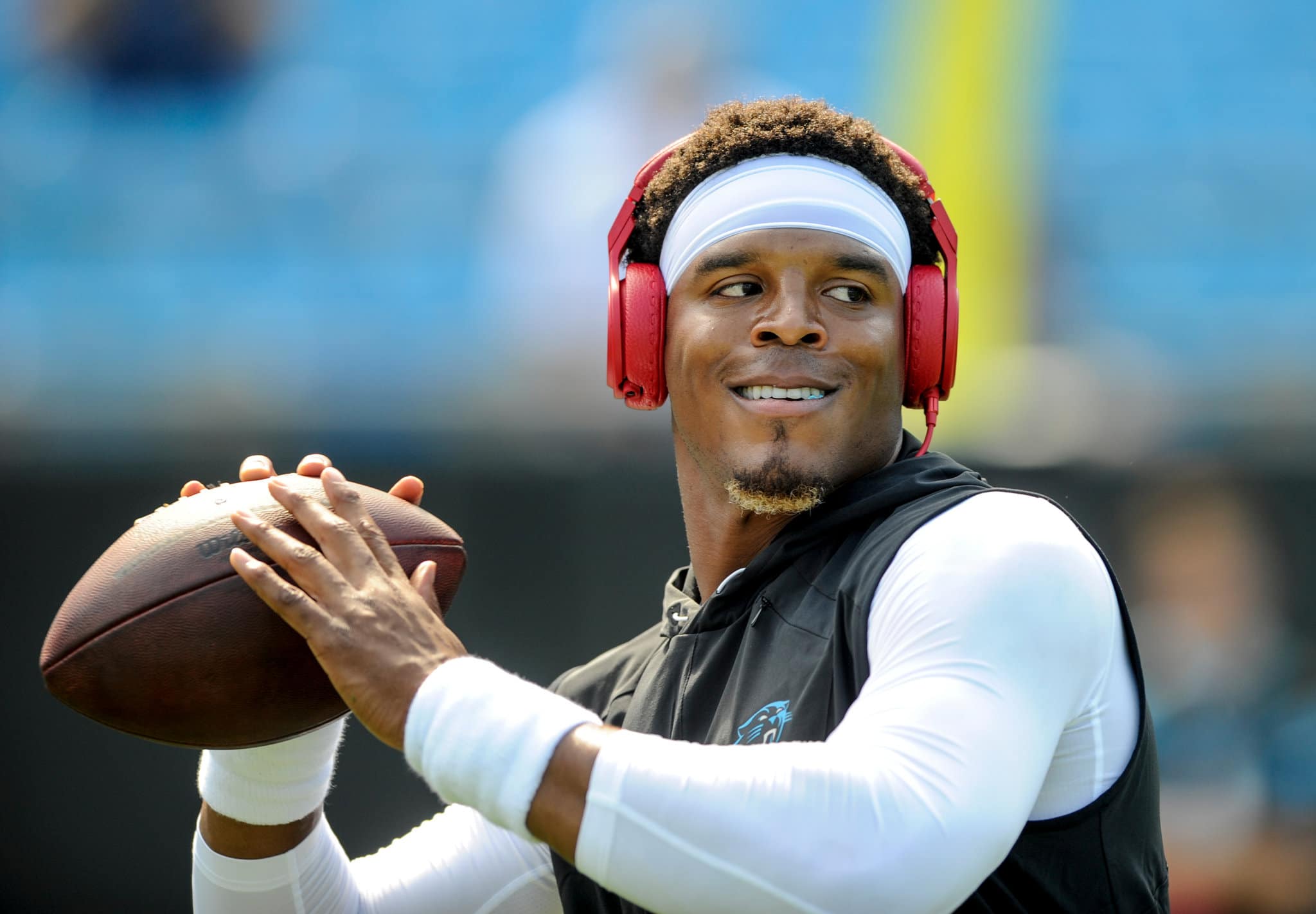 It came as no surprise Tuesday when the Carolina Panthers pulled the trigger on Cam Newton and let him go. Not just because they signed Teddy Bridgewater and told Newton he could look for a trade. No, the former MVP has injury issues and hasn’t played well since winning the MVP.

If you don’t play well and Newton hasn’t, you are going to lose your job eventually. The injury issues just made the decision an easier one for the Panthers. While Newton’s release may bring closure to his career in Carolina, the world is now wondering where he is going to land.

Those who think they know can put money on it at DraftKings:

Now, if Newton were willing to take a back-up role for back-up money, someone would sign him tomorrow. But he is going to want to start and be paid accordingly. He may find the market isn’t interested in a 30-year old former MVP coming off surgery.

But most teams will not be interested because they don’t need him. They already have established starters (essentially everyone with odds of +5000 and longer).

Carolina (+3300) can be tossed in with that group as well. They just cut him, so why would they want him back? It’s not like he is going to know Matt Rhule’s offense. In the AFC East, Buffalo is not going to be interested either (+3300) as long as Josh Allen can walk.

After picking up Marcus Mariota already in free agency, it is more like the Raiders draft someone rather than acquire another free agent– if they acquire another quarterback. The Steelers are going to hand the ball back to Ben Roethlisberger. As for Denver, the Broncos are going to roll with Drew Lock this year, so they don’t want or need Newton.

That leaves the Patriots, Dolphins, Redskins, Chargers, and Jaguars.

Jacksonville has committed to the very inexpensive Gardner Minshew. So, while they could afford Newton, it would be foolish for them to pay even half of what he is going to demand. Miami is expected to roll with Ryan Fitzpatrick unless they go with whoever they draft.

According to the rumor mill, the Redskins may be in the market. But if they are, they are more likely to draft someone. So, that means it has to be either the Patriots or Chargers—right? Not necessarily.

Many do think Bill Belichick is going to go after Newton. But let’s be real, does anyone see Newton and his ego agreeing to fall in line with the ‘Patriot Way?’ The Chargers do need someone, but head coach Anthony Lynn sounds like he is going to go with Tyrod Taylor.

So— if no team is going to want him, how should you bet?

It is a shame that retirement is not an option. With so many guys calling it quits around Newton’s age, with his injury history and bank balance, it would not be shocking to see him retire once no one calls. However, if he doesn’t, then the first time someone loses their starting quarterback to a season-ending injury, his phone will ring.

Who will that be? That’s a good question. Houston’s offensive line is still terrible, Philip Rivers is no longer a spring chicken, and Brady is one bad hit from becoming a broken 40+-year-old quarterback. But if waiting for the injury bug drives you nuts, go with the Patriots.

Bill Belichick did get Randy Moss to follow the ‘Patriot Way,’ after all.