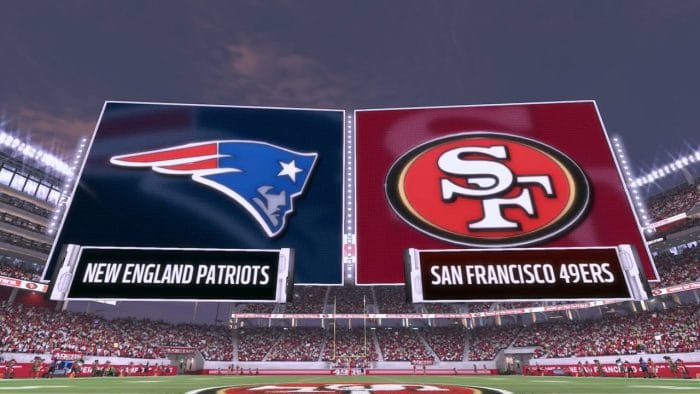 No one is really all that surprised that the New England Patriots are shaping up to potentially go undefeated. They have done it before, and as long as Bill Belichick and Tom Brady are around, they may do it again. But the San Francisco 49ers are somewhat of a surprise.

Good things have been expected of the 49ers the last few years, but injuries to significant players have kept it from happening. So far, they have not lost anyone vital to the success of the team and for only the second time in franchise history, are 7-0. With as good as they have looked, it is hard not to wonder.

Could they go undefeated, too?

Several books are running odds along these lines, and from the numbers, you can tell how much confidence they have in whether either team can pull it off. For instance, at DraftKings, the odds on the 49ers having an undefeated regular season are +8000; for the Patriots, +1200.

But what if you could bet on either to do it instead of having to go with one? You can, at PointsBet.com:

The odds are shorter, which means the payout will be a lot less, but it may be a little safer than taking one or the other (or a great way to hedge your bet on either).

If you do not want to wait the rest of the season, you can bet on whether they will be undefeated after this week as well, but the odds are going to be a lot smaller:

San Francisco plays the Cardinals on Thursday Night Football this week and is currently favored by ten at PointsBet.com. New England faces a tough test Sunday night in the Baltimore Ravens; the Patriots are favored by 3.5.

Take the 49ers and Patriots to be undefeated after Week Nine. The Cardinals might make it exciting, but the best they can hope for is to win against the spread. New England will get tested by the Ravens, but in the end, they will pass the test with flying colors.

Now, as for the undefeated question.

New England is about to hit a gauntlet of tough opponents over the next six weeks. They start this week with the Ravens, and then after the bye will see the Eagles, Cowboys, Texans, and Chiefs. Each team could beat the Patriots if they play a perfect game. But each one also has their faults, and few know how to take advantage of flaws quite like Bill Belichick.

They could lose one or two of those games but could also run the table. San Francisco also has several tough opponents coming up. They see the Seahawks twice, face the Rams again, and have games against the Packers, Saints, and Ravens.

It is possible the 49ers could run the table, but it is more likely that they don’t. But if you consider taking the odds for one of them to do it at DraftKings, you would be smart to hedge that bet over at PointsBet.com and take the either/or wager.