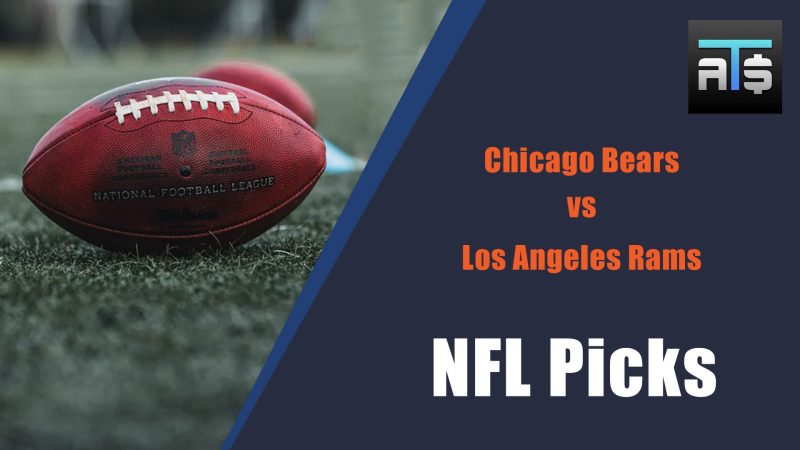 The Chicago Bears and Los Angeles Rams have played in some defensive battles over the last few years, with both teams looking to contend for the Super Bowl on a regular basis. This year, both teams make changes at quarterback, as they look to improve on campaigns that were disappointing for both organizations last season. In our NFL betting picks, we look at Rams vs Bears and offer up our best bet for this Sunday Night Football matchup.

✅ Bears vs Rams has been played three times since 2018. In those three games, the Bears and Rams have failed to combine for 35 points in any of those games. And while the LA Rams should benefit from the addition of Matt Stafford this season, this defensive matchup will lead to him struggling in his first game as a member of the team.

✅ The Bears are also debuting a new quarterback for this game in the form of Andy Dalton, as he is set to make his first start with his new team from the NFC North. Dalton struggled mightily when stepping in for Dak Prescott in Dallas last year. And against a tenacious LA Rams defense in his first game in a new system, he should struggle again here.

✅ Last season, the Rams saw the under hit in 12 of their 18 games for the season, a rate of 66.67% for the year. They should get better over time with Stafford being more capable of stretching the field vertically than Jared Goff. But that is going to take some time, and the Bears know all about slowing Stafford down from his time playing in the NFC North with the Detroit Lions.

Heading into this Bears vs Rams contest, the Chicago Bears have one eye on the present and one on the future. They drafted Justin Fields in the last NFL Draft and are looking to have him ready to play in the near future. But before Fields sees the field, it will be Andy Dalton stating this game and presumably several games after that for a team looking to get back in the NFL playoff picture.

If the Bears are going to have success in this contest, it is likely going to come from their pass rush. The Bears were top-10 in yards per play allowed last season and have one of the best in the National Football League at getting after quarterbacks in Khalil Mack. Chicago will need Mack and the rest of their defense to step up on the road against a team that many think can win the NFC in 2021.

The Los Angeles Rams made one of the biggest splashes in the NFL offseason when they swapped Jared Goff for Matthew Stafford. Now they have the chance to prove how effective that move was for their offense against one of the better defensive teams in the NFL in the Chicago Bears. But the question for the Rams will be how effective their running game will be given how unstable that position has been for them.

After letting Malcolm Brown walk after last season and Cam Akers being lost for the season, the Rams made a move to bring Sony Michel in from New England. Players who are traded from the Patriots typically don’t play well at their next destination, but the Rams will need Michel to be impactful alongside Darrell Henderson in their backfield.