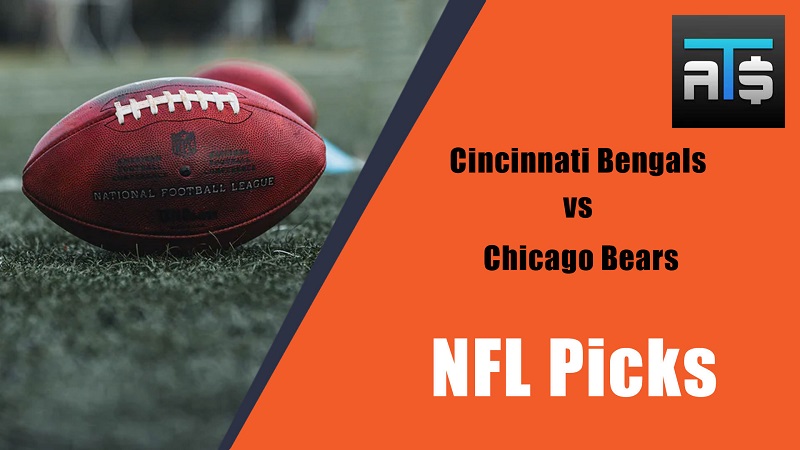 The Bengals and Bears meet in an interconference matchup in Week 2. The Bears are coming off a Week 1 loss to the Rams and will need a better showing this week to avoid the dreaded 0-2 mark. The Bears secondary is looking like a persistent problem and one that needs addressed if they’re going to have a successful season. The Bengals on the other hand notched a Week 1 win at home against the Vikings. They showed balance and effectiveness on the offensive side of the ball in that win. Let’s explore this game and what the best NFL picks might be.

This game will be played on Sunday, September 19th 2021 at 1PM EST at Soldier Field

Why bet the Bengals

✅ There is no understating the issues the Bears secondary had in Week 1 against the Rams, and how those will likely persist all season. Last week, we saw the Bears allow 321 yards and three scores through the air… on just 26 pass attempts. Only six passes fell incomplete. Needless to say, allowing 12.4 yards is past the point of alarming and is just egregiously awful. The never ending difficulties the Bears had in coverage against the Rams receivers will be mimicked in this game, as the Bengals have a quality wide receiving group as well.

✅ The Bengals passing offense was extremely efficient against the Vikings last week. Joe Burrow only threw seven incompletions, going 20 of 27 for 261 yards and a pair of scores. That was in a similarly friendly matchup, but the Bears are more stout up front against the run. They are essentially a passing funnel and the Bengals will be able to take advantage. Their trio of wide receivers in Tee Higgins, Ja’Marr Chase and Tyler Boyd are a fantastic trio that are going to find themselves open at will. No matter what schematic adjustments the Bears make, there will be a pass catcher that will be scorching a 1 on 1 matchup.

✅ The Bears lone bright spot on offense in Week 1 was the play of running back David Montgomery. He was the lifeline for the offense, but may find more issues this week. The Bengals run stopping front was stout last week, although the one game sample size may prove to be misleading in that area. We will keep an eye on that. However, they allowed just 61 yards on 20 carries for the elite Dalvin Cook last week, and will look to keep that trend moving in the same direction. When the pressure falls on the shoulders of Andy Dalton to keep scoring pace with the Bengals, it will not end well once again.