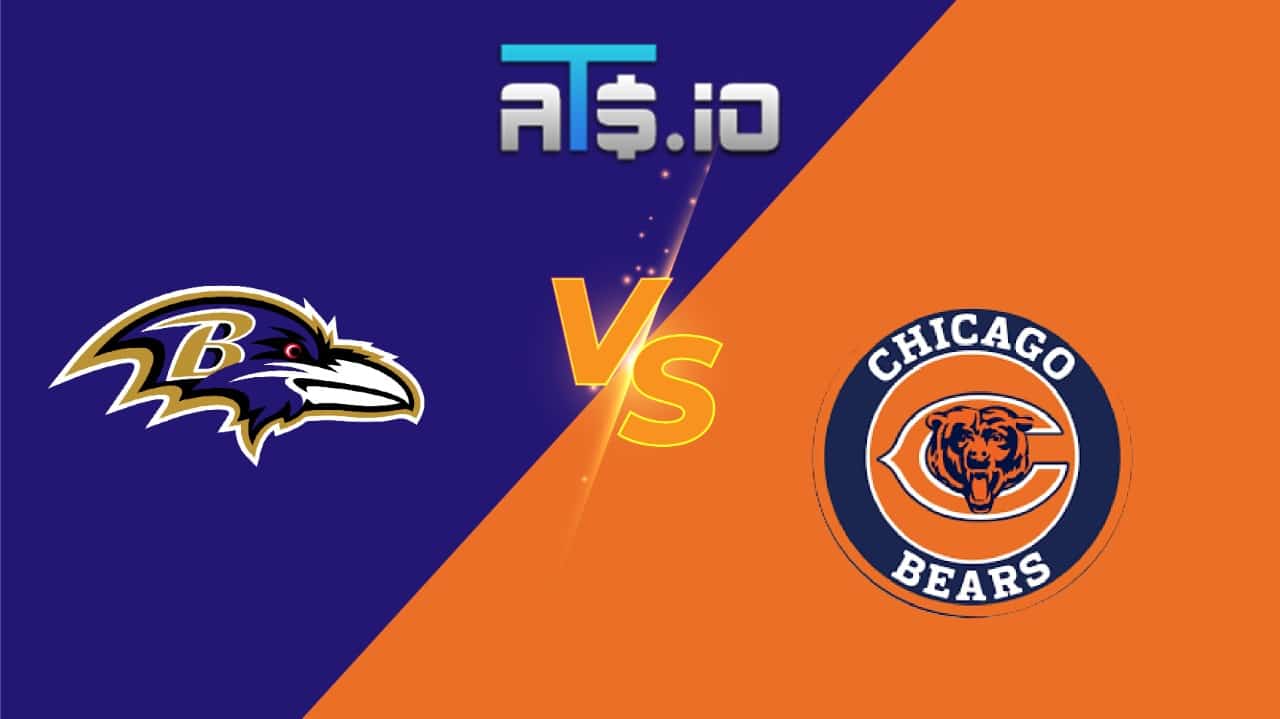 The Baltimore Ravens enter Week 11 of the NFL season with a record of 6-3, while the Chicago Bears enter with a record of 3-6. And this week, opposite records will attract as Baltimore and Chicago will meet at Soldier Field looking to put another game into their respective win columns. In our NFL betting predictions for Week 11, we look at Ravens vs Bears and decide which bet is the best to make for this contest.

DraftKings is offering 100/1 odds on a point to be scored this game. Bet $1 on either team to win Ravens vs Bears and win $100 if either team scores. Click Here Now

New bettors at DraftKings Sportsbook can claim a payout of 100/1 on this Ravens vs Bears game in a promotional offer that cannot lose. Bettors can wager one dollar on either the Ravens or Bears to win this game on the moneyline, and collect $100 in free bets once a point is scored in this game. Barring a scoreless tie, this wager pays out whether the $1 moneyline bet wins or not.

Why Bet The Ravens:

✅ The Baltimore Ravens are a top-eight team in the NFL in yards per play gained this season, while the Chicago Bears are dead last in that regard. Chicago is gaining over a yard per play less than the Ravens this season, and that huge gap in offensive ability will be the main difference maker in this contest.

✅ Chicago has a -74 point differential this season, which is the third-worst in the NFC through Week 10. When the Bears lose, they tend to lose by enough of a margin where they aren’t in the position to cover single-digit spreads. That bodes well for a Ravens team that is more than capable of running up the score when things are going well.

✅ The Bears have lost four straight games, albeit against four teams that are contending for playoff spots. But they have given up 29 or more points in three straight games, looking lost defensively against quality offensive opponents whether they are at home or on the road over the last month.

Baltimore suffered a very surprising loss last week on Thursday Night Football, falling against the Miami Dolphins in South Florida to kick off Week 10 of the NFL schedule. Baltimore made a ton of mistakes in that game, and couldn’t get their offense going, which cost them when all was said and done. This week, the Ravens will have some extra rest and will look to make up for last week’s debacle.

For the Ravens, the key to this game will be the performance of their offense, as they were only able to muster 10 points last week against the Dolphins. Baltimore is still an elite team in terms of their yards per play and they are averaging nine points per game more than the Bears this season. It would be a huge disappointment if the Ravens were to falter as a road favorite for the second straight week.

The Chicago Bears had their bye week last week, after dropping their last game against the Pittsburgh Steelers on Monday Night Football in Week 9. The Bears have lost four games in a row, as they have been unable to cope with a brutal stretch of their schedule. They have played the Packers, Buccaneers, 49ers and Steelers over their last four games, and things are not set to get any easier against the Ravens.

Chicago will need to be better on both sides of the ball if they want to get back into the win column this week. The offense of the Bears is among the worst in the NFL, but the defense hasn’t been much better over the last few weeks. If Chicago wants to get the Justin Fields era moving in the right direction, it will take their entire roster playing better to get there.