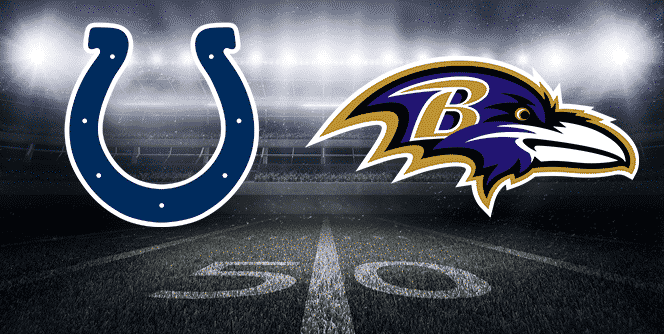 A fun matchup is on the schedule for Sunday, November 8, 2020, when the Baltimore Ravens (5-2) visit the Indianapolis Colts (5-2) in a game that could have big playoff implications. Baltimore trails the Pittsburgh Steelers by two games in the AFC North, and Indianapolis is tied atop the AFC South with the Tennessee Titans. This game will air live on CBS at 1:00 p.m. EST.

Through seven games, the Baltimore Ravens offense is averaging 29.0 points per game and 374.0 yards per game, 195.3 through the air and 178.7 on the ground. QB Lamar Jackson leads the team with 411 rushing yards and two touchdowns, and Marquise Brown is the top receiver with 27 receptions for 379 yards and two touchdowns. Defensively, the Ravens are allowing 18.9 points and 349.0 yards, 248.7 passing and 100.3 rushing.

Below is my best bet for Week 9 action between the Baltimore Ravens at Indianapolis Colts. All lines are from DraftKings Sportsbook.

The Baltimore Ravens hosted the Pittsburgh Steelers in a huge AFC North battle and the Steelers came away with a 28-24 win. Baltimore will be sick as they led 17-7 heading into the half, but the Pittsburgh offense and defense woke up at the half and dominated the final 30 minutes. Lamar Jackson had a poor game as he went 13/28 for 208 yards, two touchdowns, two interceptions, and rushed 16 times for 65 yards and lost two fumbles. The former MVP has had a rough 2020 and it cost the Ravens a huge divisional win. One bright spot was rookie running back J.K. Dobbins who ran the ball 15 times for 113 yards in his breakout game.

Indianapolis visited the confusing Detroit Lions and came away with an impressive 41-21 victory. Detroit led 7-0 after the first quarter, but their second quarter woes continued as Indy took control of the game with a 20-point quarter. It was a one possession game heading into the fourth quarter, but the Colts put up 20 points in the final 15 minutes to walk away with the easy win. Running back Nyheem Hines was the star on the day as he hauled in three receptions for 54 yards, two touchdowns, and had two impressive backflip endzone celebrations. The Colts held the Lions to just 29 rushing yards on the day.

NFL Prediction: This is a tough one, but I am going to take the points at home. Give me Indianapolis +3.