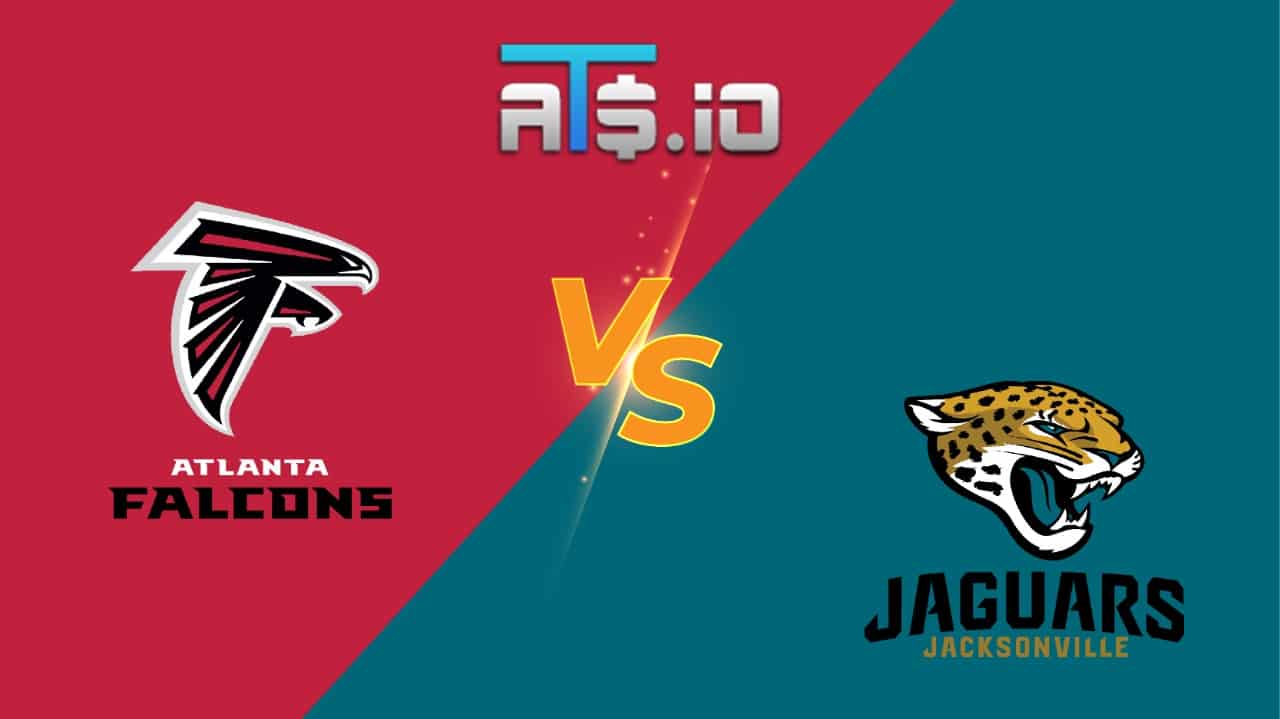 While the Jacksonville Jaguars and Atlanta Falcons are both struggling this season, that doesn’t mean that there aren’t opportunities to bet when they play one another. In our NFL picks for this week, we look at Falcons vs Jaguars and identify opportunities to play this contest in the betting markets. While it may not be a great game to watch, it is still one that could yield a profit at the end of the day.

New bettors at BetMGM Sportsbook can wager on either team to win this Falcons vs Jaguars game, with a $10 bet paying out $200 as long as they score a TD.

New players at BetMGM can take advantage of the new player promo on the site when betting on Falcons vs Jaguars. To do so, bettors can put $10 on either team to win this matchup, and win $200 if that team scores a single touchdown. The best part of this offer is that the team being bet on doesn’t actually have to win the game, they just have to score one touchdown.

Why Bet The Falcons vs Jaguars Under:

✅ Both of these teams have been struggling mightily on the offensive side of the ball lately. Atlanta has scored a total of three points over their last two games. Jacksonville, meanwhile, is averaging just over 10 points per game over their last four games. This game has the potential to be a real defensive struggle by virtue of both offenses playing so poorly.

✅ Eight of Jacksonville’s 10 games this season have gone under the total, for an under rate of 80% through the first 11 weeks of the season. This week, against an Atlanta team that hasn’t been much of a threat with the ball, that run is going to move to nine unders in 11 games in the 2021 season.

✅ Both teams are ranked in the bottom-half of the NFL in yards per play gained this season. If they are going to put up points in this contest, they will have to do so with sustained drives, as both teams lack the ability to score regularly with chunk plays.

The Atlanta Falcons have lost two straight games to drop to 4-6 on the season. After moving to 4-4 on the year, the Falcons fell to the Cowboys and Patriots in back to back weeks. Perhaps worse than the results themselves is the fact that the Patriots have scored just three points in those two straight losses, as their offense has completely fallen apart since the departure of Calvin Ridley.

Without Ridley, opposing defenses have been able to key in more on Kyle Pitts, who is the team’s top remaining receiving threat from the tight end position. Combine that with Cordarrelle Patterson being out with an injury, who the Falcons were relying on heavily both in the running and passing games, and Atlanta just hasn’t been able to come up with an answer to their offensive woes.

The Jacksonville Jaguars were blown out last week by the San Francisco 49ers, struggling to compete from the opening drive of the game. The 49ers took possession of the ball to start the game and gave up a 20-play drive that lasted for the first 13 minutes of the game. That set the tone for the entire game, as the Jaguars looked sluggish on defense for the remainder of the day’s action.

This week, the Jaguars face a much easier offense to contain. The question, however, is whether or not Jacksonville can put up enough points for it to make a difference. Jacksonville has averaged right around 10 points a game over the last four games, which may not be enough even if they are able to keep the Falcons at bay.