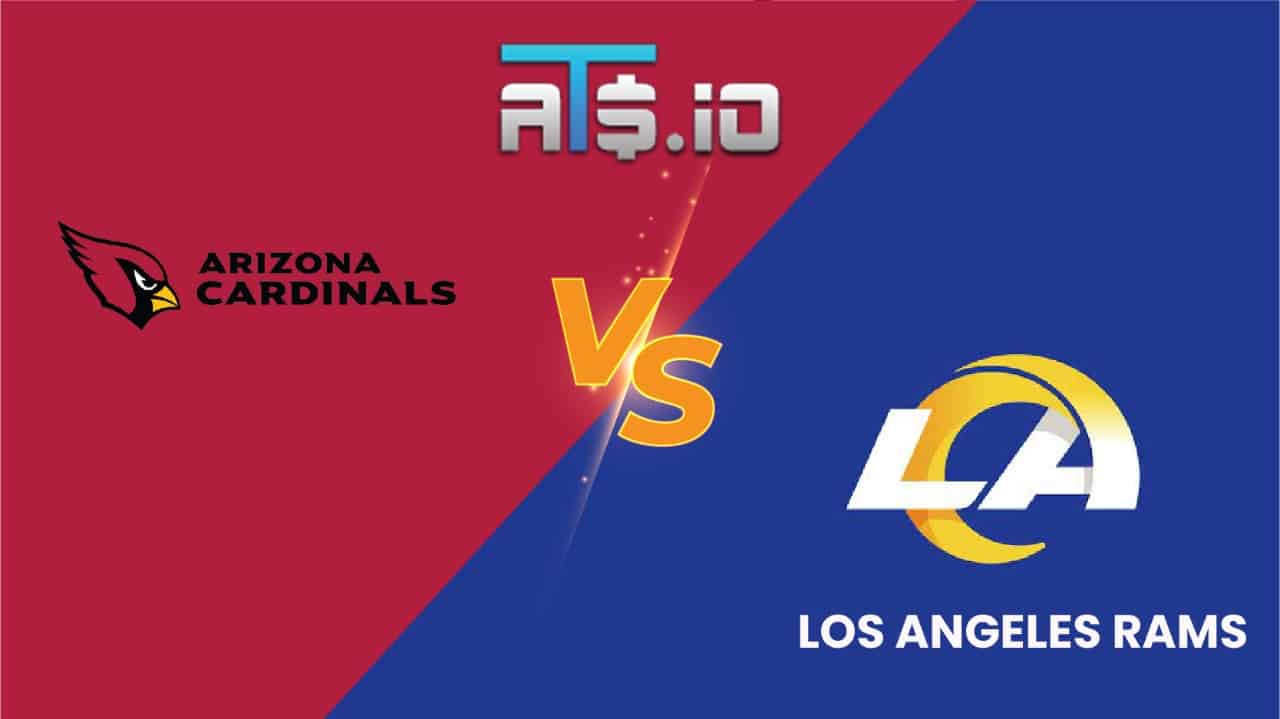 The NFL’s Wild Card weekend will conclude with a matchup between familiar foes in the NFC West. The Arizona Cardinals and Los Angeles Rams have played twice already this season, with both teams taking one of those matchups. In our NFL betting picks for this Wild Card weekend, we look at Cardinals vs Rams and determine which bet is best for this rubber match out West.

New bettors at FanDuel Sportsbook can get a risk-free bet for up to $1,000 on this Cardinals vs Rams game, where they will be reimbursed their stake if the bet loses.

New bettors at FanDuel Sportsbook can take advantage of their new player offer for this game for a risk-free bet worth up to $1,000. To use this bonus, all bettors need to do is place their first bet at FanDuel on Cardinals vs Rams. If their bet is a winner, they will receive their profits and can move on betting as they please. If their bet loses, they will be reimbursed for the amount they risked, up to $1,000.

✅ The Cardinals are struggling on defense as of late, giving up 6.1 yards per play over their final three games of the regular season. That is tied with the Chiefs for the sixth worst number in the NFL over that time frame. The difference between the Chiefs’ playoff game and that of the Cardinals is that the Cardinals opponent can make them pay for their defensive woes.

✅ Experience will be a factor in this game, as the Rams have made a Super Bowl with this nucleus before. Arizona, meanwhile, is in the playoffs for the first time in the Kliff Kingsbury and Kyler Murray era. A shaky start from the Cardinals will help the Rams secure the victory and the cover in this contest.

✅ The Rams beat the Cardinals in their last meeting, and have won nine of 10 matchups with Arizona dating back to the beginning of the 2017 season. Sean McVay seems to own the Cardinals during his tenure with the Rams, and that will continue here in what appears to be a big coaching mismatch.

The Arizona Cardinals finished their regular season with a loss against the Seattle Seahawks that ended up costing them the NFC West title. With the Rams losing to the 49ers in Week 18, the Cardinals would have won the division and been hosting this game had they been able to take care of business at home against Seattle. Instead, they will have to win in Los Angeles for a second time this season.

For the Cardinals to do that, they will need to put forth a better defensive performance than they have been of late. An anemic Seattle offense torched them in the final game of the season, as Arizona struggled to defend the pass for much of that game. Against a dangerous Rams passing attack, the Cardinals will need to be sharper in coverage.

The Los Angeles Rams lost to the San Francisco 49ers in Week 18, but held onto the NFC West title thanks to a loss by the Cardinals against Seattle. This week, they will look to extend their run of dominance against the Cardinals dating back to 2017. But this is the first time they will have played in the postseason during that stretch, and the Cardinals are better now than they had been for much of that time period.