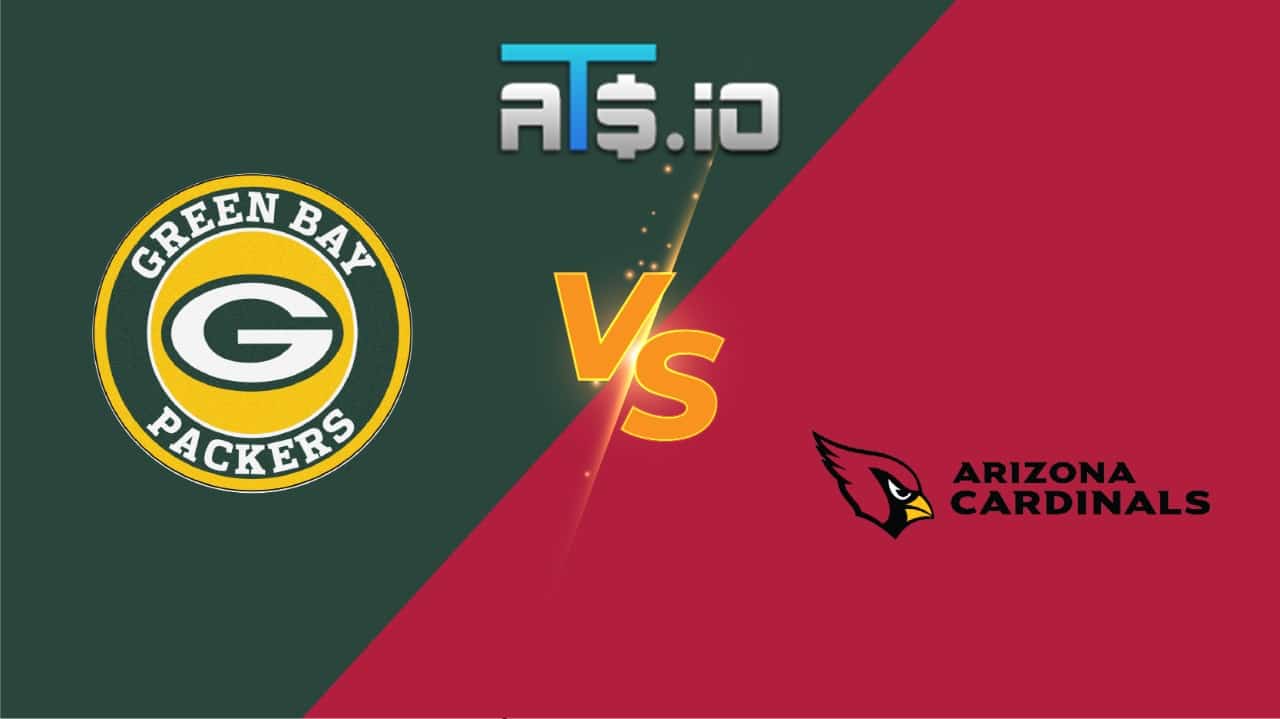 After a down week of Prime Time football, this matchup should propel us back to the fun ones at night. This NFC matchup features two first place teams with a combined record of 13-1. Unfortunately for the Packers, they will be without their top two wide receivers. Davante Adams and Allen Lazard will miss this game on the COVID list. Does the absence of these wide receivers give us a player prop on the Packers side> Or is there a better one on the Cardinals?

Caesar’s continues to offer the best promo in the industry to get you started and is for new users only. They continue to offer a risk free bet of up to $5000. Your first wager is completely risk free. Don’t forget it is only for the very first wager, so be sure to be as aggressive as your comfort allows. If your bet wins, it is paid out as normal. If your bet loses, your account is credited with free bets in the same amount of the wager.

Cardinals vs Packers will be played at 820PM EST on Thursday October 28th, 2021 at State Farm Stadium.

✅ Zach Ertz makes his second start since his trade from the Eagles to the Cardinals. The first game was a resounding success. In a blowout in which Kyler Murray only had to throw the ball 28 times, Ertz was able to find production. He dropped a successful line of 3/66/1 on five targets. He stepped immediately into a role of being second on the team in targets in his very first game.

✅ The Packers have been quietly friendly to tight ends this season. They have had two games in which they faced tight ends with comparable pass catching ability to that of Ertz. In those matchups they allowed a 7/92/0 line to George Kittle and a 8/66/1 line to TJ Hockenson. They have even allowed replacement level players to find success over the past couple of weeks. Ricky Seals-Jones posted 6/51/0 and Cole Kmet posted 4/49/0. Tight ends, particularly ones with ability, have been quite sound against the Packers.

✅ The Cardinals have been somewhat bullish about involving the tight end this season. In the four games he played prior to injury, Maxx Williams had 15 catches four 193 yards and a touchdown. The important part there is Williams averaged 45+ yards per game. Ertz is an upgrade on Williams, and just a 30.5 prop line is set far too low, and one we can exploit.