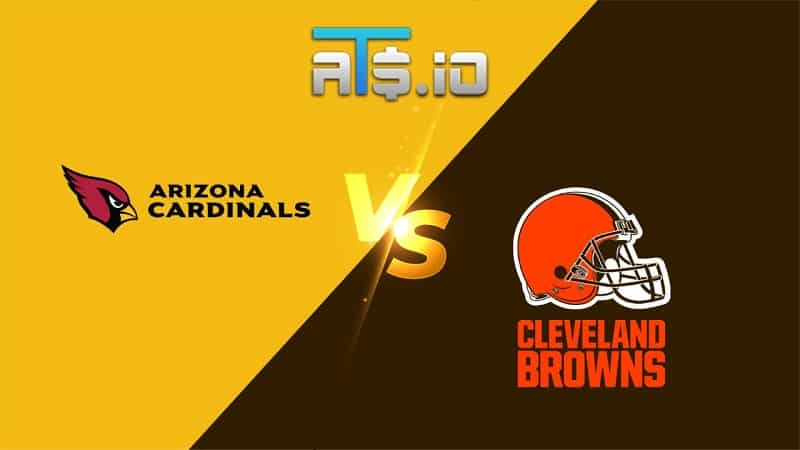 The Arizona Cardinals and Cleveland Browns have both proven themselves as elite teams in the NFL so far this season. This week, they will face one another in a game where the winner could put the rest of the league on notice that they are a serious Super Bowl contender. In our NFL picks for Week 6, we look at Cardinals vs Browns and offer our best bet for this important matchup between an NFC and AFC squad.

Take advantage of the BetMGM Sportsbook NFL Week 6 promo code for this game. Bet $10 on either team to win Cardinals vs Browns and get $200 if that team scores a touchdown in the game.

There is plenty of money to be won in Cardinals vs Browns, including through the BetMGM NFL Week 6 promo code. Here, new bettors at BetMGM can wager on any team to win their game in Week 6. And if they score a touchdown, the bet pays out $200, regardless of whether or not that team comes away with a victory.

Why Bet The Browns:

✅ The Browns’ defense will catch a lot of flak this week after giving up 47 points to the Los Angeles Chargers in Week 5. But the Browns are back at home this week after two straight games on the road, and their defense will not be as porous as it was against Justin Herbert and the Chargers.

✅ Cleveland’s running game should have a big advantage against the defense of the Arizona Cardinals. The Browns are number one in the league in yards per carry this season, while the Cardinals are next to last in yards per carry against. Expect the Browns to control the ball this week with their ground game.

✅ The line says everything there is to say about this game, as an undefeated Cardinals team is an underdog on the road. These teams are much more evenly matched than their records indicate, and home field advantage combined with their rushing edge will see the Browns to the finish line here.

Last week, the Arizona Cardinals moved to 5-0 on the season, beating the San Francisco 49ers to remain the only unbeaten team in the NFL through Week 5. In a 17-10 defensive struggle, the Cardinals were able to lock down 49ers backup quarterback Trey Lance, who played in the place of injured starter Jimmy Garoppolo. And though the Cardinals’ offense came out flat, it was encouraging to see their defense step up when needed.

This week, run defense is going to decide the fate of the Cardinals’ undefeated record. They face a Cleveland team that is the best in the NFL at running the football, while the Cardinals are allowing more yards per rush than any team but the Los Angeles Chargers. If the Cardinals can’t dig in and stop the run here, their perfect season will be no more.

The most exciting game of Week 5 in the NFL was played by the Cleveland Browns, who lost a 47-42 thriller to the Los Angeles Chargers. Cleveland gained 531 total yards in the game, but allowed 493 yards to the Chargers, who were able to get the final score of the game inside of the final minutes to snap the Browns’ three-game win streak.

This week, the Cleveland defense will be tested once again, as they will have to stop Kyler Murray and the dynamic passing attack of the Cardinals. Cleveland has been much better on defense at home than they have been on the road, allowing 27 points in two home games this year. But the Browns have only played the Texans and Bears at home this season, and this will be the biggest test their defense has faced on its home field in 2021.