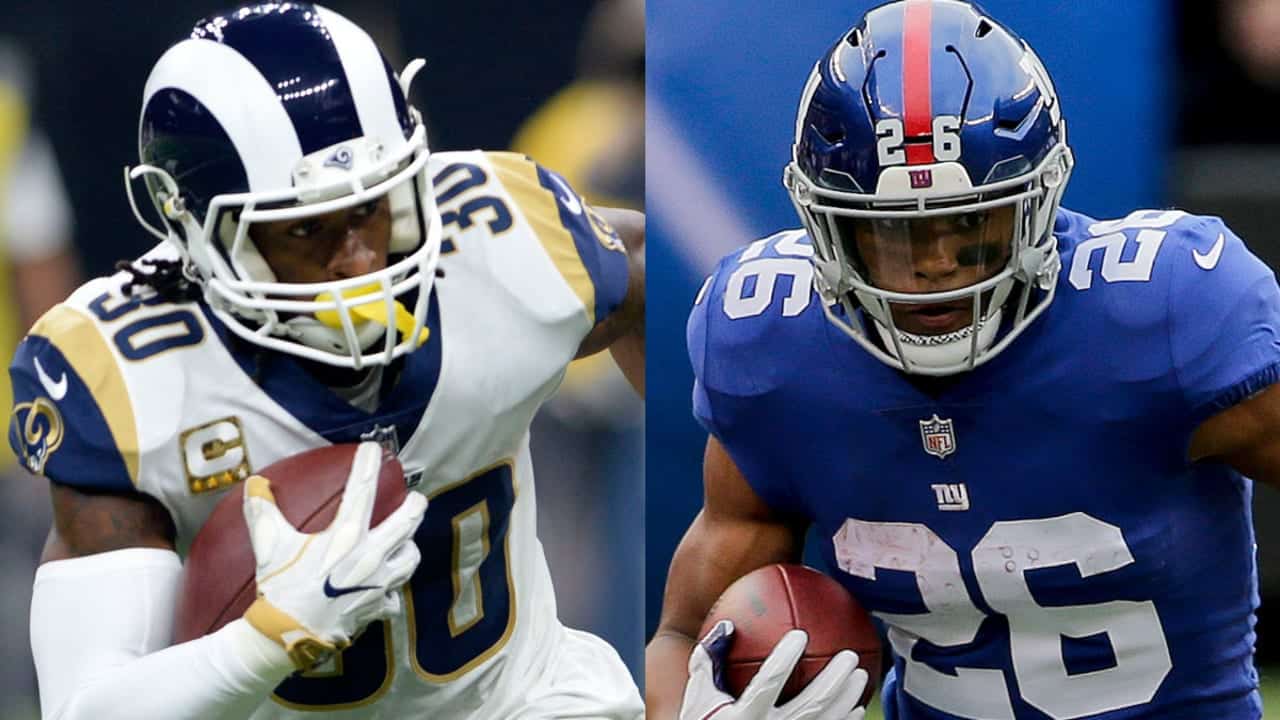 When you enter the league with the reputations that Todd Gurley and Saquon Barkley cultivated in college, great things are expected of you. Both were Offensive Rookie of the Year winners. Gurley played a pivotal role in getting the Rams to the Super Bowl and has also been named Offensive Player of the Year.

So, yes, a case could easily be made that both have lived up to the hype. But can you count on their production enough to bet on them? If you think you can, you’ll like a pair of prop bets PointsBet.com has posted:

Those odds give both players a good chance of hitting their mark (51.22 percent), but it is essentially 50/50. With the payout not even $100 if you bet a hundred, these are the type of bet you better be sure of before putting money down.

In that case, is there any reason to think either will hit their respective target numbers?

Gurley has recorded 10+ rushing touchdowns in four of his five NFL seasons. He was the rushing touchdown champ twice (2017, 2018). He is productive in the passing game but makes a more significant contribution in the run game.

Despite being hounded by knee issues in 2019 and recording a career-low in carries (223), he got into the endzone 12 times.

It looks like Gurley might be a winner, right? When you consider he is going to a team (Atlanta) that only ran the ball 33 percent of the time (an NFL low) and recorded ten rushing touchdowns as a team—it doesn’t look too good.

Barkley recorded 11 rushing touchdowns his rookie season, but only managed six last year. However, his usage numbers could be getting ready to go through the roof. His new offensive coordinator, Jason Garrett, loves to work his superstar running backs to death.

With an inexperienced Daniel Jones at quarterback and a suspect group of receivers, the Giants will likely lean on Barkley a lot.

Even though Dallas favored the pass last season, Elliot still carried the ball 300+ times and recorded 12 rushing touchdowns. It was the second time in his career he recorded 10+ (15 as a rookie). But if you go a little further back in Garrett’s Dallas tenure, you find DeMarco Murray. In 2014 had 392 carries and 13 rushing touchdowns.

When Garrett has a stud workhorse, he will use him. So—how should you bet?

Looking at the two, you would think Gurley is the more likely of the two to get the job done. He has done so several times and has done it despite his knee issues. However, he will be on a team that ran the ball less than every other team in the league last season.

To make matters worse, the Falcons are built to throw the ball. Gurley could struggle to get the opportunities he needs. Pass on him. On the other hand, Barkley will probably see the ball more than he has in his entire career this season. He’ll hit the mark; take Barkley.