Any Value In Taking Jalen Hurts To Start In Week One For Philadelphia?

Home >> NFL Picks & Betting News >> Any Value In Taking Jalen Hurts To Start In Week One For Philadelphia? 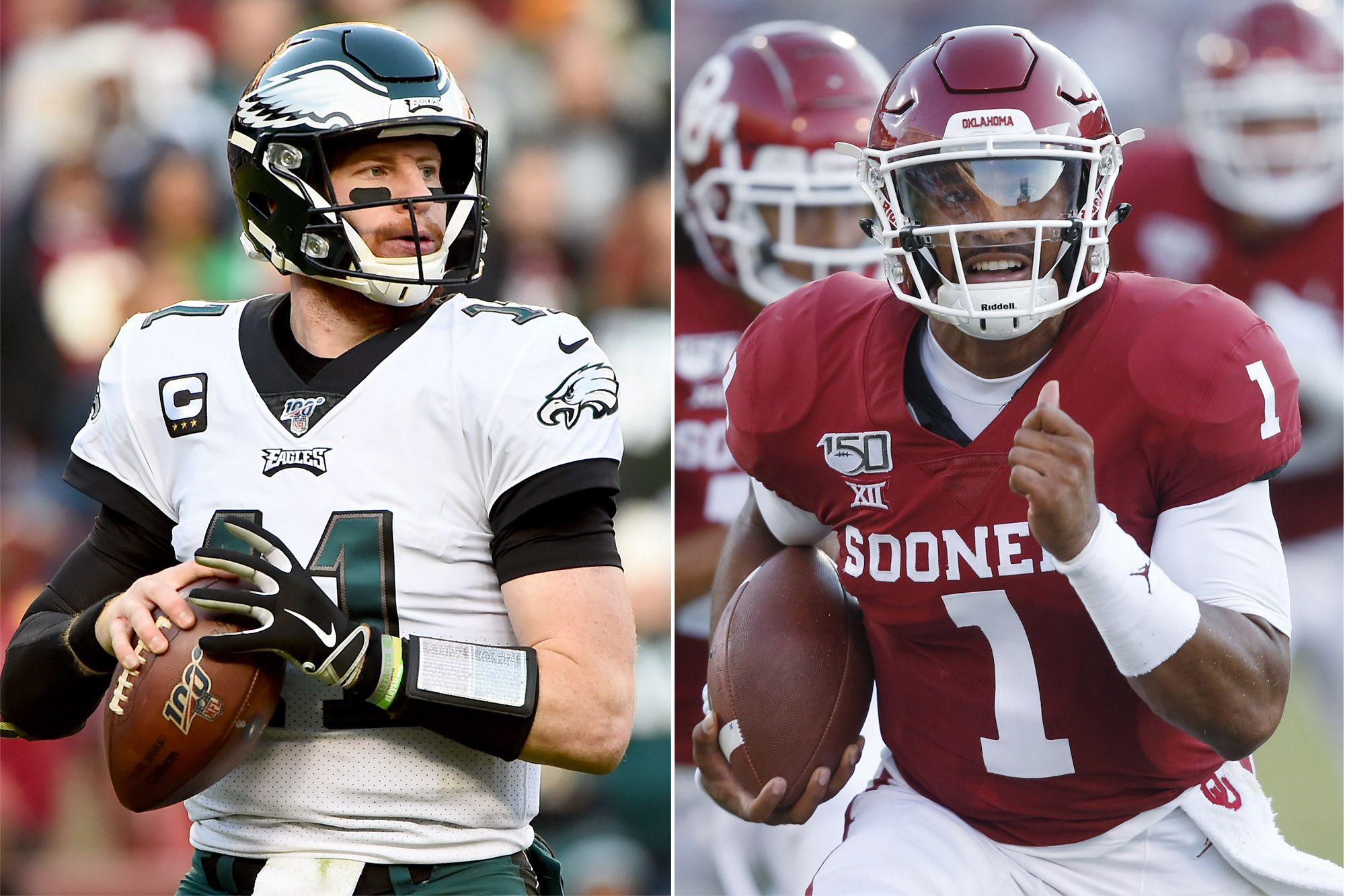 Any Value In Taking Jalen Hurts To Start In Week One For Philadelphia?

There are still quarterback questions for several NFL teams—but the Philadelphia Eagles are not one of them. That was certainly the case before the Draft. It remains that way following the Draft even though the Eagles took a quarterback in the second round.

While the odds for Wentz to start for the Eagles in Week One are pretty short, Jalen Hurts also has decent odds (according to BetMGM):

Odds On Jalen Hurts Starting Week 1 Of the 2020 NFL Season:

Carson Wentz has done a good job during his brief NFL career, but he has had one problem. He can’t seem to remain healthy. In two of his four seasons, he has failed to finish the regular season going down with a knee injury in one and a back injury in the other.

But the Eagles felt god enough about him after the 2019 season to sign him to a four-year deal worth $128 million and with over $100 million guaranteed. So it doesn’t make sense for the Eagles to be in the market for a new quarterback.

Then again, the team does have a potential out after the 2021 season. It will cost the Eagles $24.5 million in dead cap space. But if they have reason to believe Wentz is not their quarterback of the future, they will take it.

For that to happen, he will have had to have gone down with another season-ending injury, which will, in turn, open the door for Jalen Hurts. However, that speaks more to the end of the season and future of the franchise.

It does not necessarily pertain to NFL Week One—unless the injury occurs during the preseason. Since the question relates to who will start in Week One for the Eagles, it will take a preseason injury to knock Wentz from the starter’s role to start the season.

However, since he hasn’t played in the preseason for the last two years, chances are good he will not play in it this year. With quarterbacks off-limits during practice, only a freak, non-contact injury could do the trick.

Do you really want to bet on that?

Now, there is the possibility that the Eagles drafted Hurts because they want to have the option of going with a dual-threat guy. But for him to supplant Wentz before Week One, he will need to have the best preseason ever.

Even then, the Eagles would still give Wentz the nod to start the season. If he struggled and the team got off to an 0-6 start, then they might consider pulling him and giving Hurts a start—but probably not.

Sudfeld, Lauletta, and Newton are absolutely out of the picture. While Hurts is an intriguing player, the only he starts is if Wentz is injured. With +500 odds, you would think there must be value for the oddsmakers not to make his odds longer.

But there is not. If you take this bet, go with Wentz.