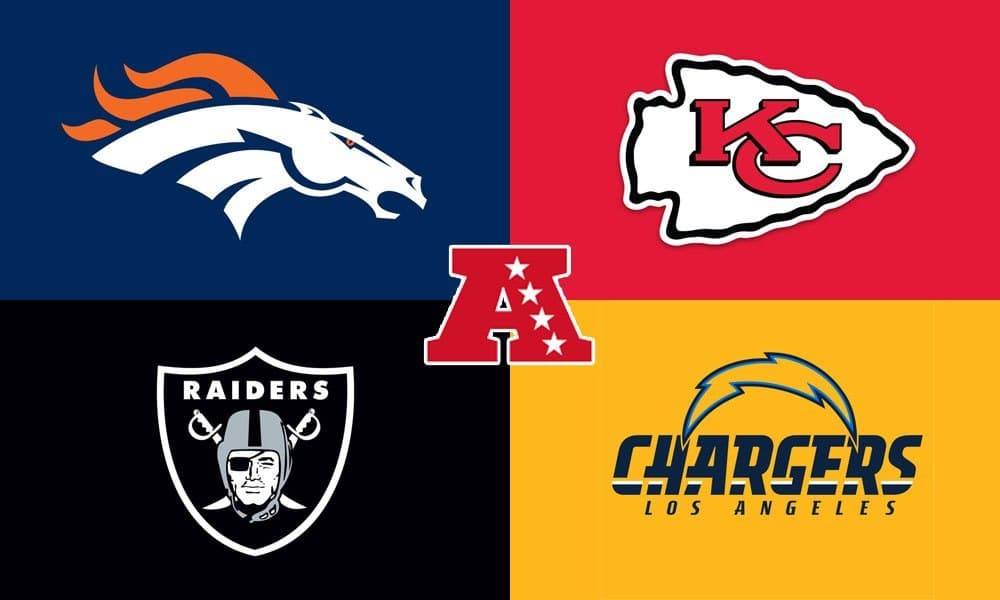 To be the best, you have to beat the best. For the Los Angeles Chargers, Las Vegas Raiders, and Denver Broncos, just to be the best in their division requires they beat ‘the best’—the Super Bowl champion Kansas City Chiefs.

Since they are fresh off winning the Super Bowl and have won the division for the last four seasons, it should come as no surprise to anyone that the Chiefs are favored to win it again this year (odds via DraftKings):

As the long-running reigning champs, the Chiefs don’t have to worry about getting better. They have seen a handful of guys leave via free agency, but no one vital to the team’s overall success. Barring an injury more severe than what Mahomes suffered last year, there is no reason to think they’ll regress.

But can anyone catch up?

The Raiders have been active in free agency beefing up their defense (which was atrocious last season). With a bevy of picks in the first three rounds, they should be able to add quite a few potential starters to the roster via the draft.

But having a talented roster and having a winning team can easily be two different things. If the head coach and his staff can’t get the most out of said talent, the results will be disappointing. With a guy like Jon Gruden in charge, though, you would think that would not be an issue.

As for the Chargers, they were a good team two years ago. But last season, they fell apart and now this season they will have a new starting quarterback. They have added a couple of good free agents, but until we know for sure what their plans are at quarterback, it is hard to make a case for them.

Tyrod Taylor can do a good job, but it is unlikely he can do a good enough one for them to challenge the Chiefs. If they happen to catch lightning in a bottle with whatever rookie they take, then there may be hope for them.

But for now, don’t count on them.

Denver could potentially be a threat to the Chiefs. Five of their losses were by a touchdown (eight points) or less. Only one team, the Chiefs, scored 30+ points on them. So, their defense played well overall. It was the offense that was a big let-down.

However, once they inserted Drew Lock, the team started to play a lot better. If he can continue to progress and develop and the Phillip Lindsey/ Melvin Gordon works out, the Broncos could have an offense as good as their defense (maybe).

The smart money is obviously on the Chiefs. On paper, there is no reason to believe one of the other teams in the division can win the division. However, the game isn’t played on paper. Sometimes, the teams that look like they should be great, aren’t.

If you are looking for value, though, give the Broncos a hard look. The defense is there, and they have the weapons on offense. But can Drew Lock turn the offense into a well-oiled machine? Should he be able to, those +800 odds just might pay off.