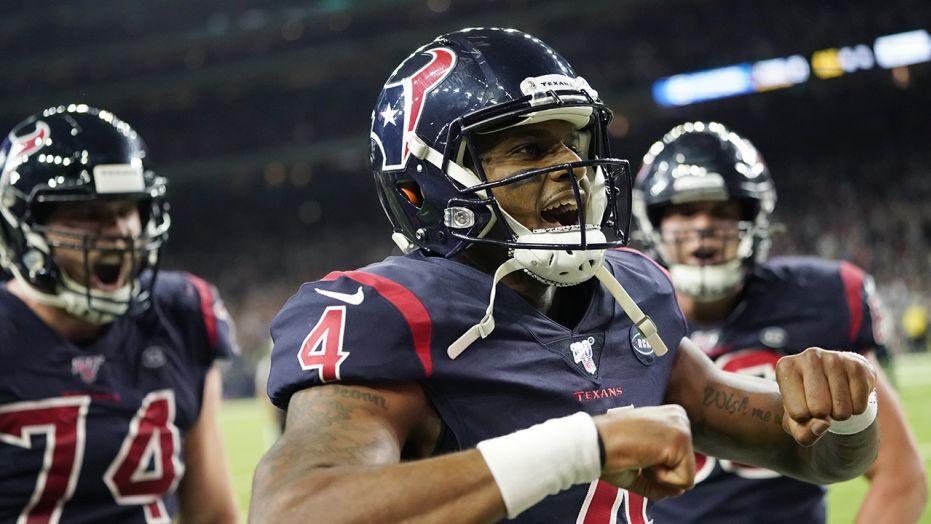 Fans of the Houston Texans are going to be riding a high all week after watching their team beat the New England Patriots Sunday night. While the final score may make it appear to have been a close game, it was anything but. Houston controlled the game and was never really in danger of losing.

With a win like that coupled with a win over the Kansas City Chiefs earlier in the year, it is easy to feel confident about the team’s chances of making some noise in the playoffs. Their playoffs odds are looking pretty good (-1250 at DraftKings).

Right now, they would be the No. 3 seed in the AFC behind the Ravens and Patriots. But with four games remaining in the regular season, anything could happen. While they have been the favorite for most of the season, they could end up losing the AFC South.

With the Colts losing to the Titans Sunday, they have a two-game lead on their usual competition and own the tiebreaker. But the Colts are not the team Houston needs to worry about this season. Earlier in the year, it looked like they would be. However, with injuries taking a severe toll in recent weeks, the Colts are going to be limping down the stretch.

Houston will need to be on the lookout for the Ryan Tannehill-led Tennessee Titans.

Since taking over at quarterback for Marcus Mariota back in Week Seven, Tannehill has led the Titans to wins in five of six games, improving their record to 7-5. As a result, their playoff odds are not bad (Yes +118; No -143).

They are currently the odd man out at No. 7 since the 7-5 Steelers own the tiebreaker. But the Titans don’t just have their sites set on making the playoffs via a wild card berth. They want to win the division. To that end, all they have to do is beat Houston twice in Week 15 and 17.

So—who should you bet on to win the AFC South?

Indianapolis needs to win out and get a fair amount of help to win the division. While it could happen, with the injuries they are struggling to deal with, it isn’t going to happen this year. They will be lucky to finish 8-8.

The Texans are not a lock to win the division, but the road is clear—win, and they are in. With games remaining against Denver, Tampa Bay, and Tennessee twice, they are certainly capable of doing just that.

Denver shouldn’t be a problem with a rookie quarterback behind center for the Broncos. But the Buccaneers could be problematic if Jameis Winston heats up, and he starts connecting with Chris Godwin and Mike Evans. With how Tennessee has looked in recent weeks, they are not going to be easy—but Houston should be favored in both games.

Tennessee, on the other hand, has a tough slate. They have the Raiders this week, followed by the Texans, Saints, and Texans again. They could easily go 4-0 or 0-4. But 3-1 or 1-3 are more likely.

It can be hard to trust Bill O’Brien and the Texans, but the stars may be aligning for them this season despite losing J.J. Watt. Put most of your money on Houston, but throw a few bucks down on Tennessee (just in case).