ATS » NFL Picks & Betting News » 2020 Cleveland Browns Odds: How To Bet On Them This Season and Win 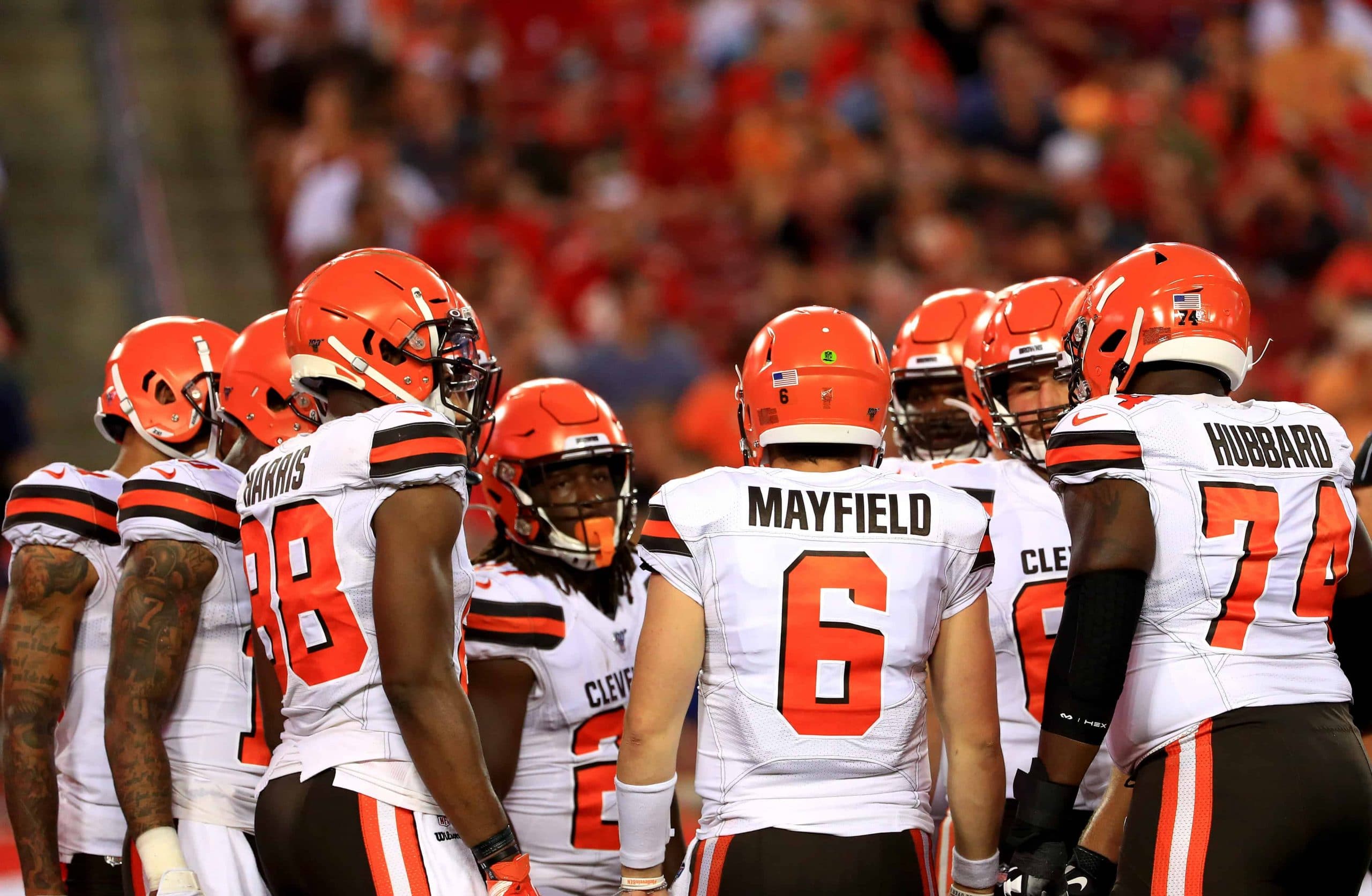 No one understands disappointment quite like the fans of the Cleveland Browns. After a solid effort in 2018, many thought they had a real shot at the Super Bowl last season. So, they bet accordingly along with putting money on Baker Mayfield for MVP.

They did not, of course. Mayfield and the Browns took ten steps backward, breaking the hearts of hopeful Browns fans everywhere. But maybe this year will be different. Perhaps this year they will be a team you can bet on and win!

Baker Mayfield said he was lost in the chaos last year. But he’s focused this year and ready to go. So, does that mean you should bet on the Browns, then? With the weapons they have on offense, they could be dangerous with a dialed-in Mayfield at the helm.

If you think the answer is ’yes’ then you should check out the many ways you can bet on the Browns at BetMGM.com:

It all depends on how you evaluate the team. Are they a team with talent? Absolutely. Can they put it all together and play good football? We don’t know. They certainly didn’t last season, and with a new head coach, it is hard to say how well they will perform.

But there is one red flag— Baker Mayfield. He’s talked about getting lost in the chaos and how it impacted his game. However, does he avoid chaos this year? So far, no. No, he hasn’t.

While he believes he is doing the right thing by talking about kneeling during the national anthem, what he is doing is inviting the chaos in once again. By doing so and talking about it so openly, he has opened himself up to criticism—which many ‘fans’ have offered on social media.

To make matters worse, he’s responded to them in a manner which many will likely consider as antagonizing—which will only cause them to troll him even more.

Believing in the cause and supporting it is fine. But by bringing so much attention to himself and antagonizing fans not happy with him, Mayfield is inviting in the very chaos that messed up his game last season.

So—how should you bet when it comes to the Browns?

The safe bets would be for them to finish with 5-8 wins, take the under on their win total, finishing third in the division (+105), and miss the playoffs. But if you are open to taking a little risk, there are some other worth talking about.

They will probably start the season 2-2. But if Joe Burrow lives up to the hype and Washington starts Alex Smith at quarterback, they could go 0-4. At +2200, the risk is worth the payout. If you are open to taking that one, consider going with ‘to lose all six division games.

At +3500, the risk is worth the potential reward. Going 2-4 is the more likely division record for them. But, again, if Joe Burrow lives up to the hype, 0-6 could happen.