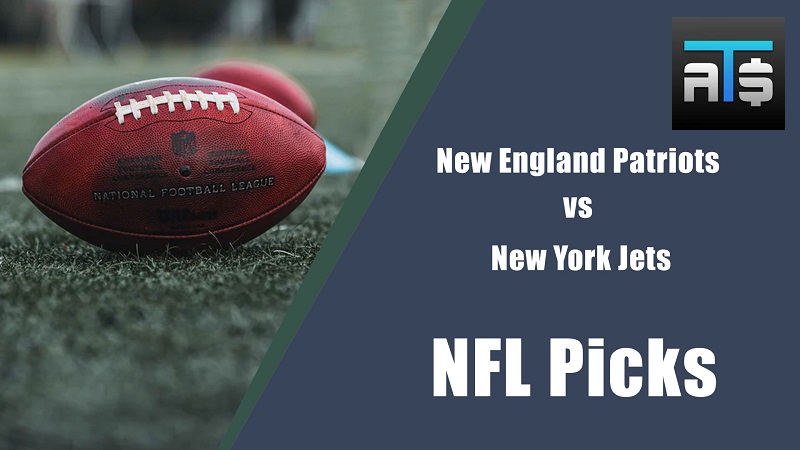 Patriots vs Jets is a matchup that pits two 0-1 teams against one another in the AFC East. With both teams being led by rookie quarterbacks, they each need to balance tempering their expectations for this season with the desire to develop those players and try to win games in the process. In this edition of NFL picks, we look at the Jets and Patriots and pick a winner for this battle of rookie signal callers.

✅ Both of these teams are starting rookie quarterbacks, who will need time to deliver at a high level in the NFL. Both teams failed to score 20 points in their season opener, which should be the case again here. Expect a lot of punts in this matchup as both defenses overwhelm the opposition.

✅ Speaking of both defenses, they played very well in the first week of the NFL season. The New England Patriots held the Miami Dolphins to just 17 points in their Week 1 loss, while the New York Jets held the Carolina Panthers to under 20 points in their season opening defeat. The defenses should have an easier time with less experienced quarterbacks here.

✅ For the New York Jets, offensive lineman Mekhi Becton is out, which will make things even tougher on Zach Wilson. Becton is one of the linchpins of the offensive line for the Jets, and his absence will give the New England defense an even easier path to a quarterback who was sacked six times last week.

There were positives and negatives to take away from the Patriots’ opening weekend loss to the Miami Dolphins. As far as the positives are concerned, the defense played admirably against the Dolphins despite not getting much help from their offense. And Mac Jones didn’t give the game to the Dolphins on a silver platter with turnovers, which is always the number one concern when a rookie quarterback is involved.

On the other hand, there were the expected growing pains for Mac Jones at the quarterback position. New England expects him to exceed the lackluster production that Cam Newton compiled last year. But the Patriots are going to have to be patient with their quarterback this year, just like the Jets will have to be with Zach Wilson.

Speaking of Zach Wilson, the New York Jets rookie was able to move the ball in the second half to make the Jets competitive against the Carolina Panthers. But Wilson went through the same kind of growing pains that Jones endured for the Patriots in Week 1, and the Jets starter will look to have a better go of it in Week 2. For that to happen, he will need some better pass protection from his offensive line.

Unfortunately for Wilson and the Jets, better pass protection might be hard to come by. They are going to be without Mekhi Becton, who was injured last week against the Panthers. And with the Jets giving up six sacks in Carolina last week, the loss of a first-round draft pick in Becton could make things even worse for an offense looking to give its quarterback the tools to succeed.