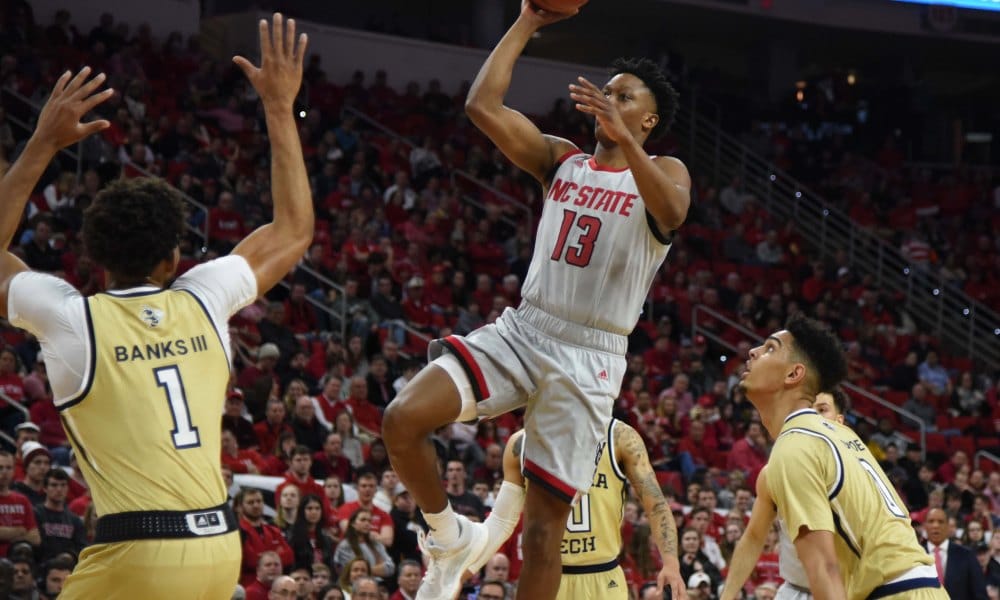 The Over/Under (O/U) for the game has been set at 131 points with North Carolina State opening as a 5.5-point favorite.

The Badgers are hoping for a better outcome after failing to cover as 6.5-point favorites in their 59-50 loss to the New Mexico Lobos in their last game. The game’s total points (109) came in well under the O/U total of 134.5. New Mexico’s effective field goal percentage was their biggest strength over Wisconsin. The Lobos had a rate of 0.470 (below their season average of 0.551), while the Badgers posted a mark of 0.358 (below their season average of 0.517). Wisconsin’s D’Mitrik Trice played well, contributing 11 points and seven rebounds.

In the Wolfpack’s previous game, they fell to the No. 16 Memphis Tigers, 83-78, despite being 2-point favorites. The game’s total points (161) were over the projected point total of 153.5. Memphis’ offensive rebounding percentage was their biggest strength over North Carolina State. The Tigers had a rate of 40.0 (above their season average of 36.3), while the Wolfpack posted a mark of 22.9 (below their season average of 30.6). Markell Johnson put together a solid performance for North Carolina State, leading both teams in scoring with 22 points on 9-for-17 shooting.

Wisconsin comes into the contest with records of 4-3 straight up (SU) and 2-5 against the spread (ATS). Vegas is known to place the total high when the Badgers are involved, as four of their seven contests have ended under the projected point total.

North Carolina State is 5-2 SU, but they are just 3-4 ATS. Unlike Wisconsin, Wolfpack games tend to finish over the total (57.1 percent).

The Badgers won the lone game against the Wolfpack last season, 79-75. Wisconsin’s free throw rate was their biggest advantage over North Carolina State. The Badgers had a rate of 0.211, while the Wolfpack posted a mark of 0.091.