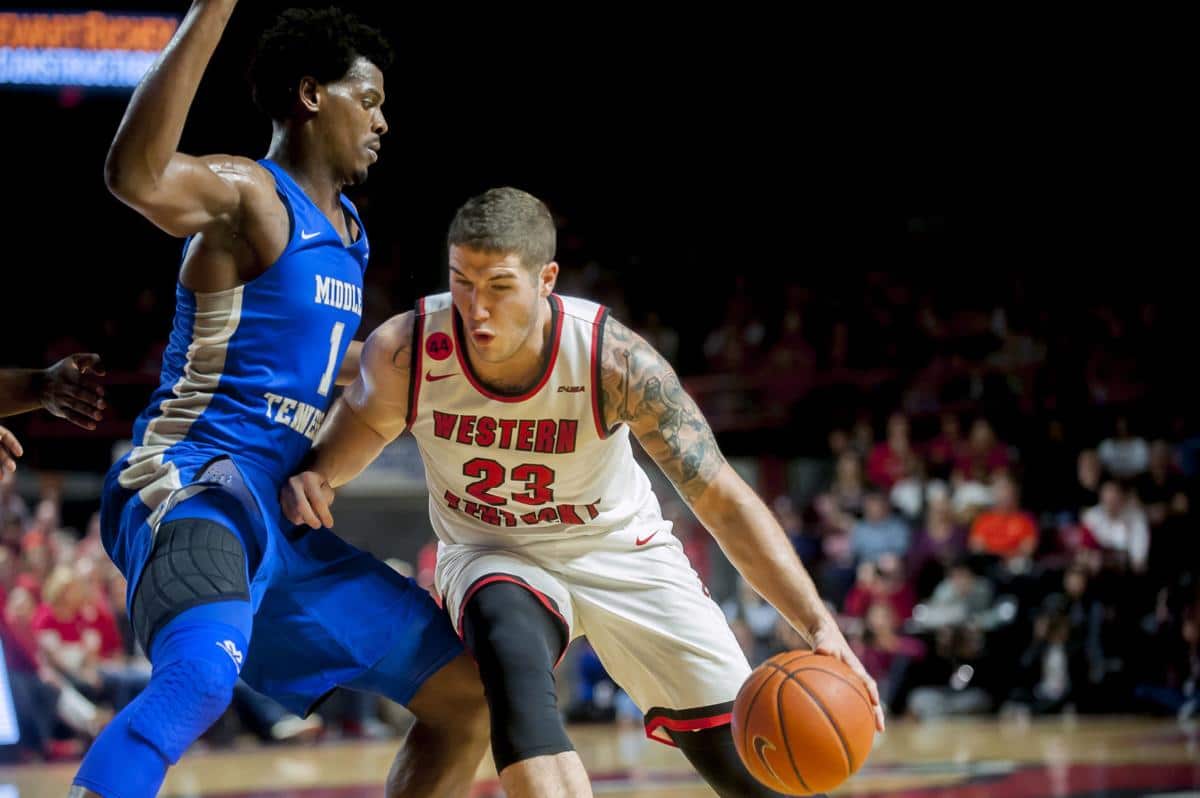 The Middle Tennessee Blue Raiders (4-12, 0-3 CUSA) will attempt to put an end to their seven-game losing streak when they clash against the Western Kentucky Hilltoppers (9-6, 2-1 CUSA) at Murphy Athletic Center. The game can be seen on CBS Sports Network at 6 p.m. ET on Saturday, January 11, 2020.

In the Hilltoppers’ last matchup, they were defeated by the UAB Blazers, 72-62. UAB’s 0.193 free throw rate was their largest advantage over Western Kentucky, who had a rate of 0.111. The Blazers’ mark was below their season average of 0.217, while the Hilltoppers’ was below their season average of 0.291. Taveion Hollingsworth was the top scorer from either team with 19 points on 8-for-18 shooting.

The Blue Raiders lost to the Marshall Thundering Herd in their last outing, 79-75. Marshall’s free throw rate was their biggest strength over Middle Tennessee. The Thundering Herd had a rate of 0.141 (below their season average of 0.189), while the Blue Raiders posted a mark of 0.082 (below their season average of 0.202). With 18 points and seven rebounds, Donovan Sims put together a solid performance for Middle Tennessee.

After the Hilltoppers won the only contest against the Blue Raiders last season, 71-63, this will be the first matchup of the year between these two teams. Western Kentucky had a much better effective field goal percentage (0.561 vs. 0.406). Middle Tennessee, meanwhile, had a much better offensive rebounding percentage (42.9 vs. 17.6).

Middle Tennessee may have trouble getting to the free throw line in this contest. The Blue Raiders rank 264th in the nation with a free throw attempt (FTA) rate of 0.193, while Western Kentucky ranks 25th in FTA rate allowed (0.156). Moreover, the upper-echelon offense of the Hilltoppers ranks 58th in effective field goal percentage (0.535), while the Blue Raiders are 42nd-worst in the country at effective field goal percentage allowed (0.528).