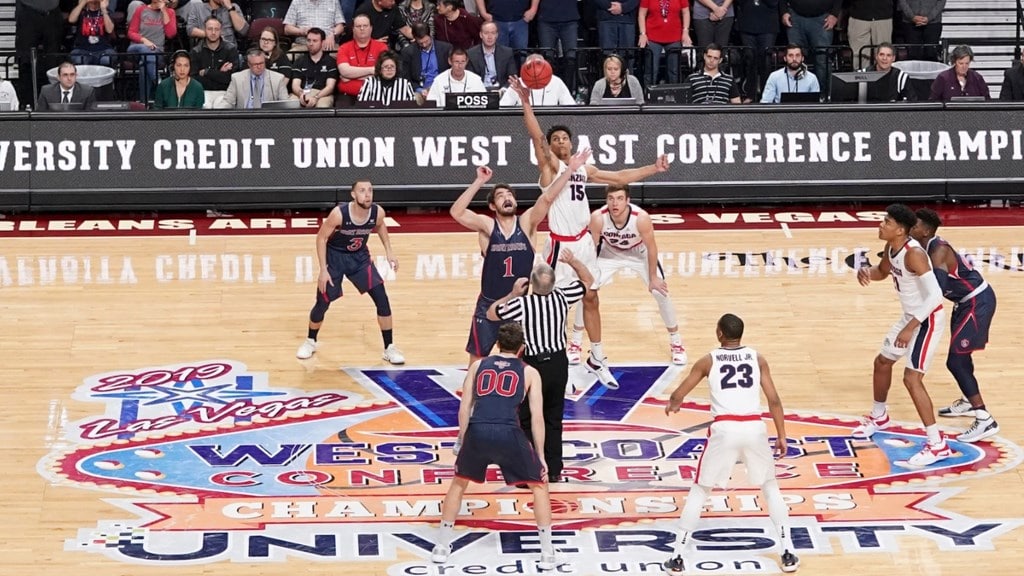 The West Coast Conference Men’s Basketball Tournament returns to Paradise, Nevada for the 12th straight season as all 10 teams will look to earn an automatic berth into the NCAA Tournament. Gonzaga, BYU, and Saint Mary’s are once again the top three teams in the conference, but a surprising Pacific squad is also up there with the three WCC power schools. Per usual, Gonzaga is the huge favorite to win this title. This tournament will take place over six days with the first, second, and third round taking place on March 5- 7 and the semifinals and finals taking place on March 9 and 10.

Gonzaga has dominated this tournament winning it 17 times and making it to 25 finals. Saint Mary’s sits in second place, but are a distant 13 titles behind the Bulldogs. Pepperdine is the surprise third team on this list with three championships, though they have not won a title since the 1994 season. Santa Clara, Loyola Marymount, and San Diego have all won the title twice, but none have lifted the trophy since 2008. San Francisco and Portland round out the winners with one apiece over 20 years ago. Surprisingly, BYU has not won a WCC tournament title, in three chances, since moving to the league in 2012.

Last season, Saint Mary’s won their fourth WCC title after a masterful performance in the championship game. The Gael’s received some good fortune as they did not start until the semifinals and got to face the #7 seed San Diego. The Torero’s knocked off the #3 seed BYU in the third round, but fell to the Gael’s 69-62. Saint Mary’s then dominated Gonzaga in the championship game as they came away with a 60-47 win over the Bulldogs. The Gael’s fell in the first round of the NCAA Tournament after a tight 61-57 loss to the Villanova Wildcats.

I know there are three good teams in the West Coast Conference this season, but I really see this conference coming down to Gonzaga vs BYU. I expect the semifinals to be #1 Gonzaga vs #5 San Francisco and #2 BYU vs #3 Saint Mary’s. Both semifinals will be tight, but ultimately we will get #1 Gonzaga vs #2 BYU in the championship game. These two schools met twice during the regular season with Gonzaga winning by 23 at home and BYU winning by 13 at home. I think this is BYU’s year, so I expect BYU to beat Gonzaga and lift their first West Coast Conference Tournament title.