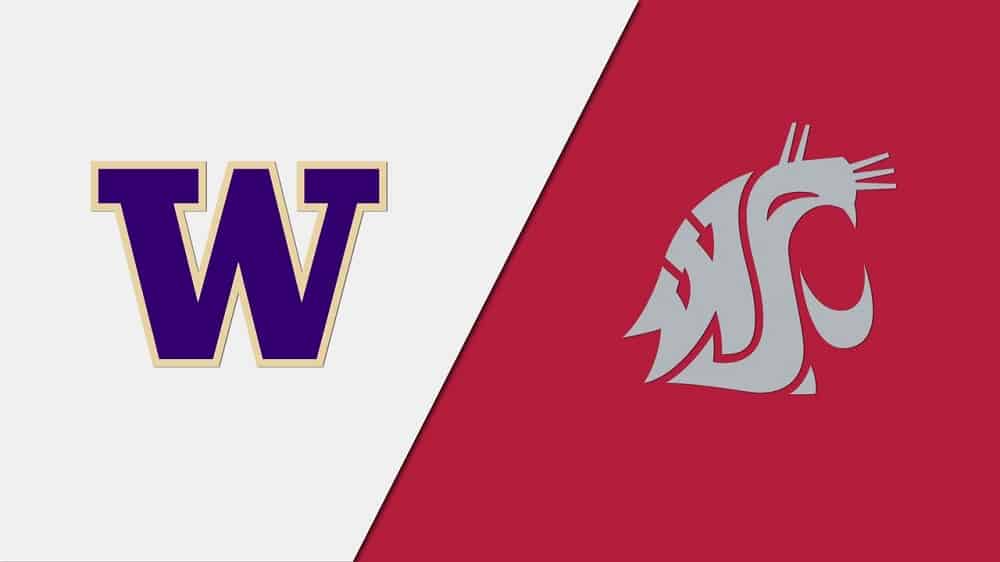 On a quiet Monday night in college basketball, there are only nine games around the country, but here’s the best betting pick for the marquee Pac-12 matchup at Friel Court at Beasley Coliseum in Pullman where the Washington State Cougars host the Washington Huskies.

These two foes already met on the last day of January, and the Cougars thrashed off the Huskies 77-62 as 1.5-point road underdogs. Washington State is an 8-point home fave for Monday’s clash, according to William Hill Sportsbook, and the Cougars will search for their fourth straight victory over Washington.

The Huskies dropped five in a row

The Washington Huskies (3-16; 2-12 Conf.) are riding a five-game losing streak that started with a heavy loss to Washington State. Over their previous four outings, the Huskies couldn’t deal with Oregon, Oregon State, USC, and UCLA, while they are coming off a 64-61 defeat to the Bruins this past Saturday.

Washington covered a 9.5-point spread against UCLA, but the Huskies blew a nice chance to upset the odds against the second-best team in the Pac-12 Conference. The game was tied with 2:47 to go in the second half, and the Huskies just failed to get the job done down the stretch.

The Cougars couldn’t cope with USC, dropped two of their last three games

The Washington State Cougars (12-9; 5-9 Conf.) are coming off a 76-65 defeat to the No. 20 USC Trojans, failing to cover an 8-point spread on the home court. It was their second loss in the last three showings along with an 81-73 home victory over UCLA.

The Cougars just couldn’t cope with the heavyweight USC team. They shot only 36.4% from the field and a miserable 12.0% from beyond the 3-point line. Senior guard Isaac Bonton had 17 points, four boards, five assists, and four steals but went only 6-for-17 from the field, while freshman center Dishon Jackson added 18 points and five rebounds.

While the Huskies have struggled mightily on both sides of the floor, the Cougars have played lousy offense along with a surprisingly good D. The hosts will lean on Isaac Bonton once more, and he’s dropped 25 points on the Huskies in their first meeting of the season.

Washington State should win this game, but covering an 8-point deficit could be a problem, considering their poor offense. Still, the Cougars will tighten up their defense down the stretch and hopefully outlast the Huskies by six or more points.

Likewise, the Cougars’ stout defense should be a huge factor in this clash. The hosts know they have to shut down the Huskies if they want to win, so give me the under on the totals. Six of the last nine encounters between Washington and Washington State went in the under.