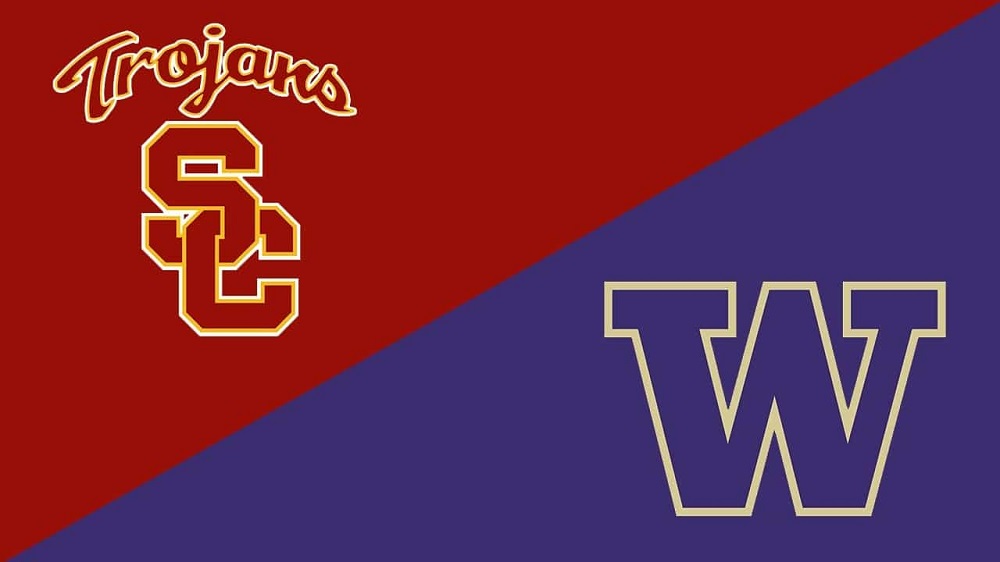 Washington and USC are known predominantly as football schools, but they will meet on the basketball court on Thursday night in the Pac-12 tournament quarterfinals. The Huskies got their tournament started with a win on Wednesday night, while the Trojans got here on the strength of a first round bye. In our college basketball betting picks for tonight, we look at Washington vs USC and make our selection against the spread.

New bettors at DraftKings Sportsbook can get a 40/1 odds on this Washington vs USC game! Bet $5 to win $200 on either team!

For those who are new to DraftKings Sportsbook, there is a 40/1 odds boost available for this game. Players who sign up and make their first deposit can put $5 on either team to win Washington vs USC. If their $5 bet is a winner, DraftKings will pay out $200 in free bets, for a massive value over the normal moneyline price for this contest.

Why Bet On USC:

✅ There is a clear issue for the Washington Huskies when they face ranked teams. Washington has faced ranked teams four times this season, playing Arizona twice along with UCLA and USC once each. In those four games, Washington was beaten by double digits all four times, as they do not appear to be capable of hanging with the top teams in the country as currently constructed.

✅ USC is the team with a rest advantage going into this game, thanks to the bye that they earned by finishing in the top-four in the Pac-12 standings. Washington is playing for the second straight night, which could impact them late in the game when they may not be at their best from a stamina standpoint.

✅ USC shot 48% from the field against Washington in their previous meeting this season, including 40% from three-point range. The Huskies are not up to the task of slowing down elite teams, a category that USC falls into this season. Expect the USC offense to continue to roll against the Huskies in their second meeting late on Thursday night.

The Washington Huskies started off their Pac-12 tournament with a win over the Utah Utes in Las Vegas. They beat Utah by 12, taking care of business against the lower seeded Utes thanks in large part to a 22-point performance by Terrell Brown Jr. Washington may need another huge game from Brown to have a chance to beat USC.

Washington is lacking in a couple of key areas that could cost them dearly against the Trojans in the quarterfinals. The Huskies rank 327th in the nation in rebounds per game, and 434th in the country in assists per game. They will need to be better at rebounding the basketball and setting up open shots with ball movement if they want any chance to break into the semifinal round in the Pac-12.

USC did not have to play in the first round of the Pac-12 tournament, getting a first round bye as the third seed in the tournament. The Trojans struggled with their consistency throughout the season, but finished Pac-12 play with a 14-6 record and a top-25 ranking. They will look to press their advantage on the glass to come away with their first win at this year’s conference tournament.

The Trojans are one of the best rebounding teams in the country, averaging just over 40 rebounds per game. Led by Isaiah Mobley, brother of NBA Rookie of the Year candidate Evan Mobley, USC ranks 24th in the country in rebounds per game. If they can control the boards, they should have no trouble making it to the next round of the Pac-12 tournament.