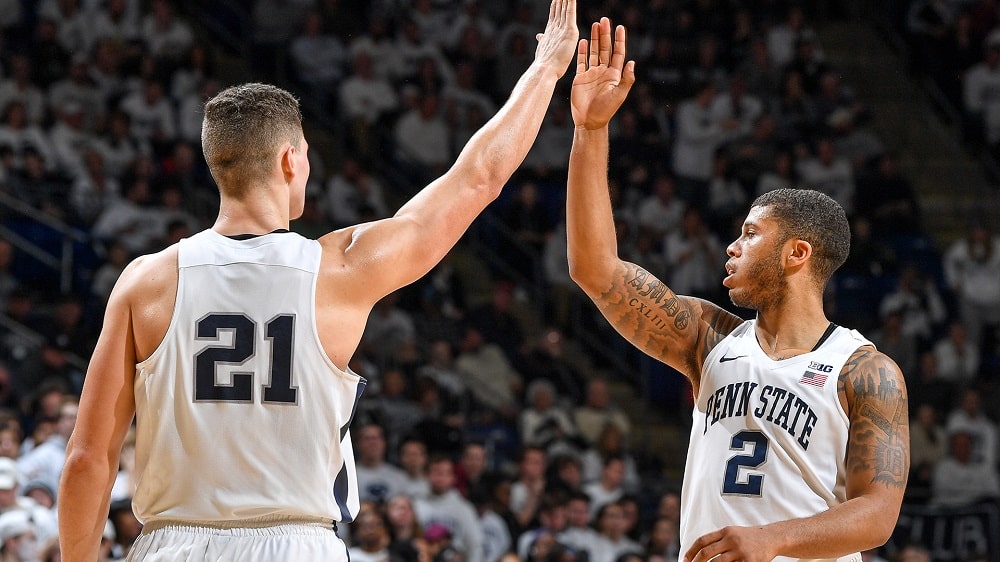 The 2020-21 college basketball season has just started and it already brings some marquee matchups including the clash between the VMI Keydets and Penn State Nittany Lions on Saturday, November 28.

The Keydets had an easy job in the opener

VMI tipped off the new season on Wednesday, outlasting the St. Andrews Knights 90-63 at home. The Keydets had an easy job, and the Knights cannot be a proper benchmark. VMI scored 54 first-half points and build a 26-point lead until the break.

Six VMI players scored in double digits, while only Greg Parham spent more than 19 minutes on the floor. Senior guard finished the game with 13 points and four assists, while Myles Lewis added 13 points and five boards.

The Keydets shot 50.0% from the field and 34.2% from beyond the arc. They handed out a whopping 23 assists, but that wasn’t a problem against the Knights’ poor defense.

Last season, the Keydets were scoring 100.2 points per 100 possessions (215th in the country) while surrendering 108.1 in a return (296th). They went 9-24 overall and 3-15 in the conference play to finish at the ninth spot of the Southern Conference standings.

Penn State’s season opener against the Drexel Dragons was postponed due to COVID-19 protocols, so Jim Ferry will have to wait for his debut as an interim head coach until Saturday. Pat Chambers resigned in October, but the Nittany Lions hope for another successful season after playing well in the previous one.

They went 21-10 last year and finished sixth in the Big Ten Conference with an 11-9 record in the conference play. The Nittany Lions were No. 35 in the NCAA NET Rankings and No. 26 in the final KenPom rankings.

The Nittany Lions lost their best player from the previous season, but Myreon Jones returns for his junior year. The 6-foot-3 guard averaged 13.3 points and 3.0 assists as a sophomore, while the Nittany Lions can count on a few more players who should be too much for the Keydets’ defense this Saturday.

I’m going with Penn State to cover. The Nittany Lions have been covering at a steady pace at home lately and will be fired up to open the season on a high note. Penn State dropped five of its previous six games overall, so this is a nice opportunity for a fresh start.

I’ve mentioned the Nittany Lions’ tough defense from the previous season, but I’m not sure they’ll be able to perform at the same level this term, especially not in the opener. Still, they should continue with a high-tempo basketball, so I’m taking the over on the totals.

The Keydets shot the ball well in their first clash of the season, dropping 90 points on their rivals. Although St. Andrews’ defense is far away from Penn State’s level, that should be a nice boost for the Keydets’ confidence.