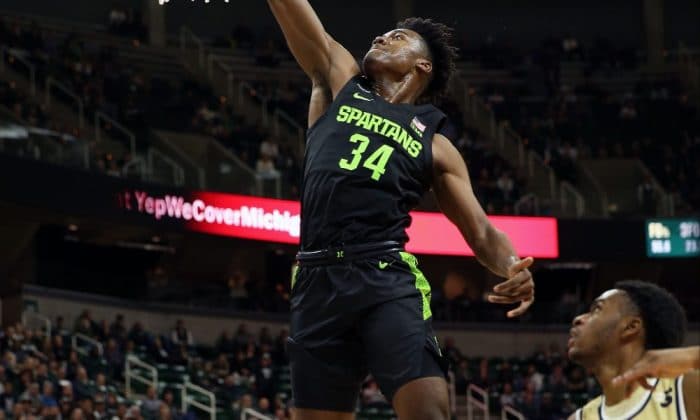 The Virginia Tech Hokies (5-0) battle against the No. 3 Michigan State Spartans (3-1) in the Maui Invitational at Lahaina Civic Center. The game starts at 5 p.m. ET on Monday, November 25, 2019, and will air on ESPN2.

The Hokies will be looking for similar success after blowing out the Delaware State Hornets in their last outing, 100-64. The Hokies had a free throw rate of 0.145 (above their season average of 0.129) and had an offensive rebounding percentage of 32.1 (above their season average of 24.1). Isaiah Wilkins fueled Virginia Tech with 15 points, seven assists and six rebounds.

In the Spartans’ previous matchup, they dismantled the Charleston Southern Buccaneers, 94-46. The Spartans made 18 of their 25 free throws (72.0 percent) and had an offensive rebounding percentage of 48.4 (above their season average of 33.9). Xavier Tillman was the game’s high scorer with 21 points on 9-for-12 shooting from the field.

The game should be a battle of strength against strength as the productive offense of Michigan State takes on the top-notch defense of Virginia Tech. Dating back to last season, the Spartans rank ninth in offensive efficiency, while the Hokies are 18th in defensive efficiency.