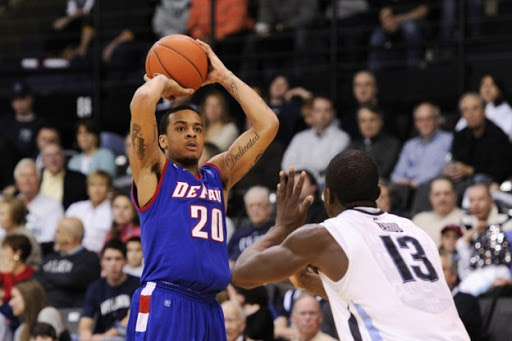 Villanova is an 5-point favorite on the opening line, while the game’s Over/Under (O/U) opened at 141 points at Draftkings on the Iowa Sports Betting App.

The Wildcats come in on a high note after dismantling the Temple Owls in their last matchup, 76-56. Villanova’s 0.602 effective field goal percentage was their biggest strength over Temple, who had a rate of 0.383. The Wildcats’ mark was above their season average of 0.517, while the Owls’ was below their season average of 0.469. Villanova was led by Collin Gillespie, who was the game’s leading scorer with 29 points on 11-for-19 shooting.

In the Blue Demons’ previous game, they lost big to the No. 23 Creighton Bluejays, 93-64. Creighton’s free throw rate was their largest advantage over DePaul. The Bluejays had a rate of 0.246 (above their season average of 0.223), while the Blue Demons posted a mark of 0.066 (below their season average of 0.228). DePaul’s Charlie Moore had a good performance, leading the team in scoring with 20 points on 8-for-15 shooting.

This is the second game of the season between these two squads. Paul Reed recorded 18 points, 15 rebounds and five steals in the first game, in which the Blue Demons lost 79-75. Villanova did an excellent job of converting from the free throw line (18-21; 85.7 percent). DePaul, on the other hand, had a much better offensive rebounding percentage (37.8 vs. 30.3).

It will be a showdown of opposite styles as the fast-paced Blue Demons (ranked 49th in the nation in possessions per game) will look to push the more half-court-oriented Wildcats (282nd in possessions per game). Also, the Wildcats commit the 13th-fewest errors in the nation (turnover percentage of 15.7 percent), while the gambling defense of the Blue Demons causes the 31st-most (opponents’ turnover percentage of 22.9 percent).

Villanova averages 36.1 rebounds per game, which ranks 124th in the country. DePaul ranks 225th in rebounds allowed per game (37.0).