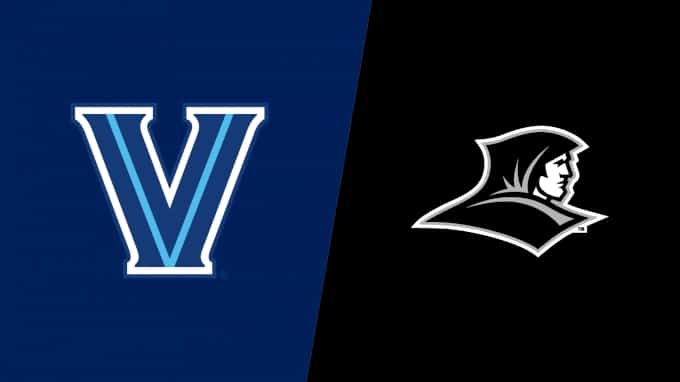 The Villanova Wildcats and Providence Friars will wrap up their Big East Conference regular-season campaign on Saturday afternoon, so I’ve prepared the best betting tips and notes for this marquee matchup at Alumni Hall in Providence along with my top betting pick.

According to DraftKings Sportsbook, the Wildcats are 3.5-point road favorites with a total of 137.5 points. Villanova and Providence have already met each other once this term, and the Wildcats had no mercy, thrashing off the Friars 71-56 as 11.5-point home favorites.

The Villanova Wildcats (16-4; 11-3 Conf.) clinched the Big East Conference regular-season title with a 72-60 win over the No. 14 Creighton Blue Jays this past Wednesday while covering a 5-point spread on the home court.

However, the Wildcats lost Collin Gillespie (14.0 PPG, 4.6 APG) for the rest of the season, as the senior guard tore a MCL in his left knee. Gillespie has been the heart and soul of Villanova’s team over the last few years, and his absence is a massive blow the Wildcats’ chances to win the national championship.

Villanova is No. 10 in both of this week’s AP Top 25 Poll and the latest NCAA NET Rankings. The Wildcats have won five of their last seven games overall and are 3-1 SU and ATS over the previous four. They score 120.2 points per 100 possessions (5th in the country) and surrender 96.0 in a return (66th).

Providence aims for its third straight win at home

The Providence Friars (12-12; 8-10 Conf.) fell out of the race for the top-5 finish and the first-round bye in the Big East Championship Tournament following an 81-67 defeat at the St. John’s Red Storm last Wednesday.

They blew an 11-point lead from halftime, yielding a whopping 51 second-half points to the Red Storm. It was the Friars’ second defeat in the last three games overall, but Providence is unbeaten in two straight showings at home, outlasting Xavier 83-68 and UConn 70-59 in the process.

The Wildcats will have to regroup and overcome Collin Gillespie’s absence. I’m expecting sophomore G Justin Moore (13.4 PPG, 3.1 APG) to step up, while the Wildcats certainly possess more depth than Providence.

The Friars lean heavily on junior G David Duke (17.1 PPG, 4.9 APG) and senior C Nate Watson (16.7 PPG, 6.7 RPG), but the rest of the pack will struggle to cope with the Wildcats, especially on the defensive end. Providence forces just 11.5 turnovers per game (308th in the nation), while Villanova commits only 9.3 turnovers per contest (17th).

Both Villanova and Providence love to play at a slow pace. The Wildcats average 65.4 possessions per 40 minutes (320th in the country), while the Friars record 66.5 (283rd). They also have some issues on the defensive end, but I still don’t expect to see a high-scoring affair.

The Wildcats have improved defensively over the last few weeks. They’ve limited their rivals below 61 points in three of the last four games. The under is 3-1 in that stretch, and it is 3-2 in Providence’s previous five contests. Also, the under has hit in the last five matchups between Villanova and Providence at Alumni Hall.