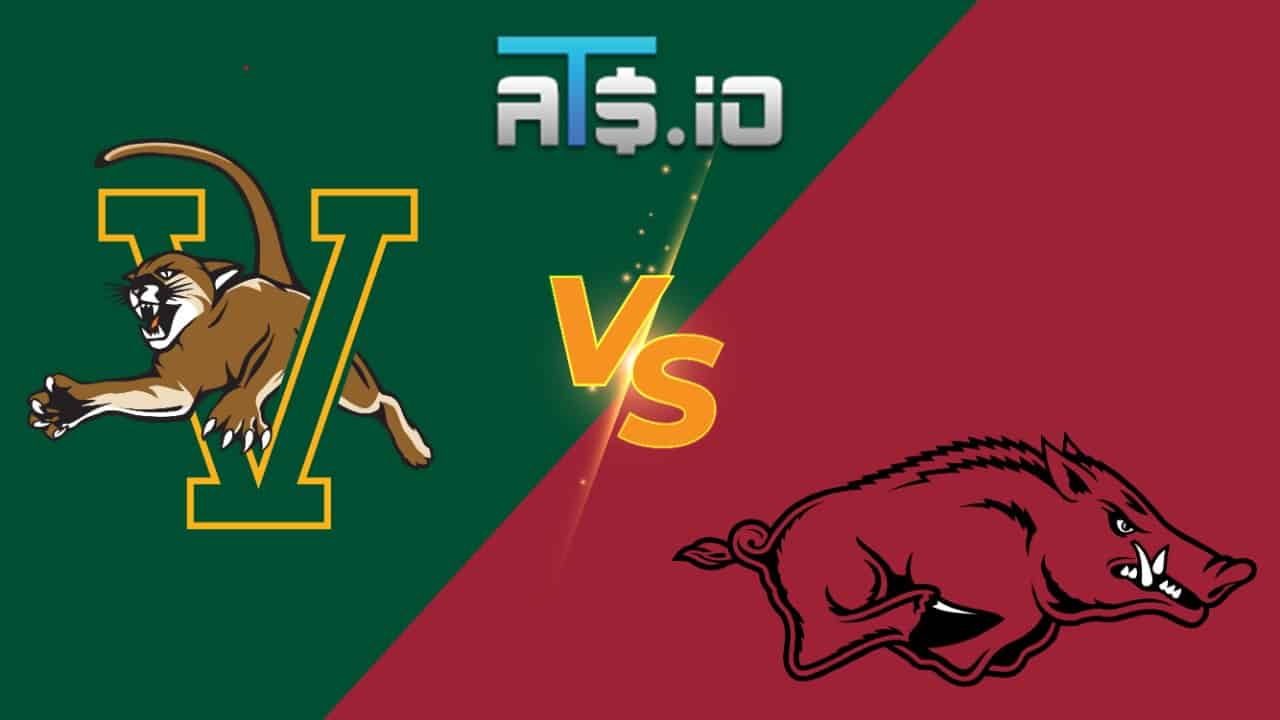 Vermont and Arkansas will combine to create one of the more interesting matchups of the first round in the 2022 NCAA Tournament. The Catamounts are a trendy upset pick coming into the game, but Arkansas showed last year that it is more than comfortable extinguishing the dreams of potential Cinderella squads. In our March Madness predictions for round one, we look at Vermont vs Arkansas and determine which squad will cover the spread in Buffalo.

At BetMGM, new bettors can take advantage of a 20/1 payout on this Vermont vs Arkansas matchup. To do so, bettors can put $10 on either team to come away with a win in this matchup on the moneyline. If either team makes a three-point shot, BetMGM will pay out $200 in free bets, which is a virtually guaranteed payout given that the Catamounts are an elite three-point shooting team.

Why Bet On Arkansas:

✅ Taking an underdog is a great idea when they are an upset candidate, but not when the line is this short. Vermont is a quality team, but they are getting too much love in the betting markets here. Arkansas is a bad matchup for them, as they are more physical and athletic than the Catamounts, and the Razorbacks should cover the number.

✅ Vermont has played a horrendous schedule this season, thanks to the America East being a below average conference outside of Vermont and UMBC. The massive step up in level of competition will prove to be too much for Vermont, who dominated their league in historic fashion, though that does not carry all that much weight.

✅ Arkansas proved last year that it is capable of crushing the dreams of a Cinderella team. They beat 15-seed Oral Roberts in the Sweet 16 in a tight game, ending the run of the team that had the nation’s leading scorer in Max Abmas. While Ben Shungu and Ryan Davis are good players, they are not on the level of Abmas and Kevin Obanor from the Oral Roberts team Arkansas cut down last year.

The Vermont Catamounts have gone largely untested over the last two months, losing just one game over that time period. They have crushed the competition in the America East, winning all but one conference game en route to a conference tournament title and berth in the NCAA Tournament. Now Vermont is tasked with taking on a much higher level of competition if it wants to get through the first round as a 13-seed.

Ben Shungu and Ryan Davis are going to be the keys if Vermont is going to win this game, as both have been so dependable for the Catamounts all season. They will both have to deal with more length and physicality than they are used to against Arkansas. If they can survive that, they could help the America East champions put a scare into their SEC opponents.

Arkansas earned a four-seed in the NCAA Tournament after a strong season in SEC play. Led by JD Notae, the Razorbacks are a solid team with elite athleticism and physicality. But they are vulnerable to an upset here, as their perimeter shooting could keep the door open for Vermont to stick around in this contest.

Arkansas as a team shoots just under 31% from three-point range, which is certainly not an upper echelon percentage from a high seed in this tournament. If they have a bad shooting day, that could open the door for Vermont to make this game closer than Arkansas would like, though the Razorbacks could eliminate those concerns on the offensive glass.