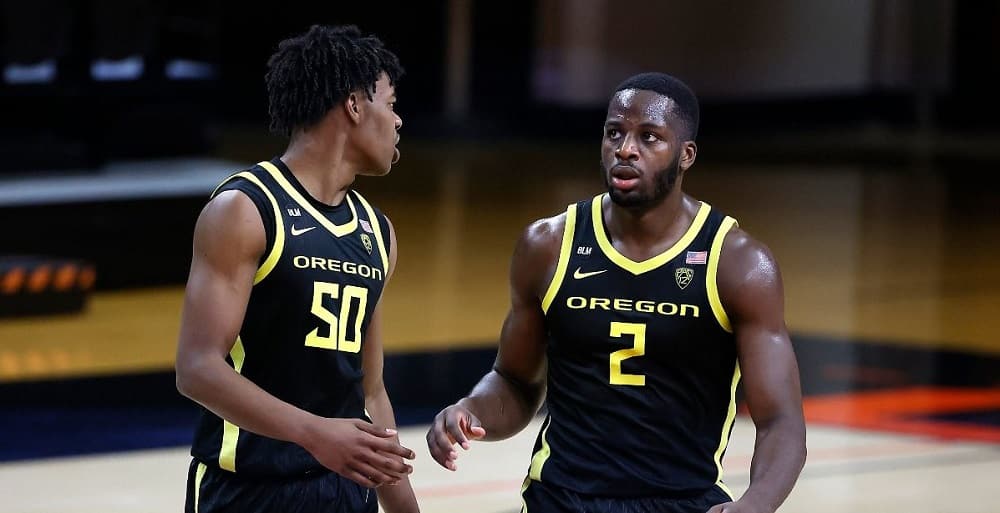 The 2021 March Madness first-round betting action wraps up Saturday night with the VCU vs. Oregon showdown at Indiana Farmers Coliseum in Indianapolis, so I bring you the best betting pick and tips along with the latest odds update on BetMGM Sportsbook.

The No. 7 Oregon Ducks opened as 5.5-point favorites with a total of 137.5 points, while the No. 10 VCU Rams are listed as +195 moneyline dogs. These two schools meet each other for the second time, and back in 2014, the Rams defeated the Ducks 77-63 as 5-point favorites in the non-conference clash at the neutral site.

The VCU Rams are coming off a 74-65 loss to the St. Bonaventure Bonnies in the Atlantic 10 Conference Tournament championship game this past Sunday. They got outrebounded by the Bonnies and surrendered 13 offensive rebounds that made all the difference, as both teams played tough defense for all 40 minutes.

The Rams lean on their stout D and use nine players in their rotation to keep their aggressiveness at a high level. VCU yields only 89.7 points per 100 possessions (11th in the nation) on 40.5% shooting from the field (36th) and 30.5% from beyond the arc (30th).

Oregon collapsed in the Pac-12 semis

The Oregon Ducks put an end to a six-game winning streak in the Pac-12 Championship Tournament semifinals, suffering a heavy 75-64 defeat to the Oregon State Beavers as firm 8.5-point favorites. They played lousy defense and couldn’t catch the rhythm on the offensive end while trailing by double-digits for most of the game.

If you like to follow the betting trends, go grab the Ducks immediately. Oregon is 6-1 ATS in its last seven games overall and a ridiculous 16-1 ATS in its previous 17 games played in March.

Anyway, I’m backing the Rams as 8-point underdogs at slightly lower wages. They have enough depth to pressure the ball for the entire clash. VCU has been terrific defensively so far this season, and I believe they have enough firepower to cope with the Ducks who are an excellent offensive team with some great depth, too.

The under is 9-4 in VCU’s last 13 outings. On the other side, the Ducks’ last seven games went in the over. Oregon doesn’t play at a fast pace, and, in fact, the Rams average 2.6 possessions per 40 minutes more than the Ducks.

The betting trends are not helping a lot, so I’m going with the under because of VCU’s terrific defense. The Rams will bring their best D, knowing that’s the only way they’ll stand a chance of upsetting the Ducks.