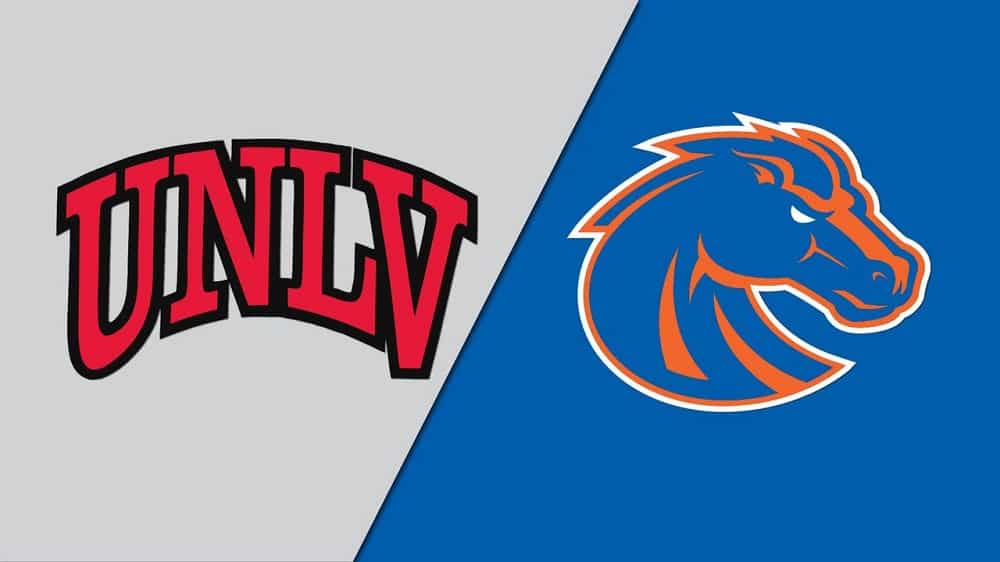 The UNLV Rebels and Boise State Broncos will wrap up a two-game series at ExtraMile Arena in Boise on Saturday night, so here’s the best betting pick for their Mountain West Conference showdown along with the key stats and betting trends.

The Broncos easily outlasted the Rebels last Thursday, 78-66, and covered a 9.5-point spread. They opened as 10-point favorites with a total of 141.0 points in this one, according to DraftKings Sportsbook.

The Rebels need to improve on both sides of the ball

The UNLV Rebels (8-10; 5-6 Conf.) stood no chance against the Broncos on Thursday, trailing for most of the game and by as many as 18 points. They went 12-for-28 from beyond the arc and posted 14 offensive rebounds while allowing just six to their rivals, but they couldn’t cope with the Broncos, especially on the defensive end.

Bryce Hamilton finished with 26 points but didn’t get a lot of help from his teammates. David Jenkins Jr. had 12 points on 5-for-15 shooting, while Caleb Grill added 14 points along with a couple of rebounds.

Hamilton and Jenkins are leading the way for the Rebels this season, combining for 33.5 points and 7.9 rebounds per game. UNLV tallies 105.9 points per 100 possessions (107th in the country) while yielding 104.8 in a return (231st), and the Rebels have the sixth-worst defense in the MWC while holding the seventh seed. They are No. 180 in the NCAA NET Rankings.

The Boise State Broncos (15-4; 11-3 Conf.) bounced back from a couple of tough losses at Nevada and are tied for the second spot in the Mountain West Conference with Colorado State, just half a game behind Utah State.

The Broncos rolled over the Rebels, making 50.0% of their field goals and 40.0% of their 3-pointers while going 18-for-22 at the line. They tortured UNLV’s poor defense all night long, and Emmanuel Akot led the way with 16 points off the bench.

Seniors Derrick Alston and Abu Kigab are key players for Boise State this term. Alston is posting 16.5 points per game on 46.4% shooting from the field and 39.8% from downtown, while Kigab is adding 13.2 points and 5.9 boards a night.

The Broncos cannot afford an upset if they want to stay in the race for the regular-season title. They welcome Utah State for a two-game set next week, so I’m expecting the Broncos to remain focused and put on another strong performance against the Rebels.

Boise State is a much better team than UNLV and should easily cover a double-digit spread. The Broncos have a few very dangerous offensive weapons, and the Rebels will once more struggle to defend.

Thursday’s clash went in the over of a 140-point total, and I expect more of the same in this game. The Rebels prefer to play at a slow pace, tallying 66.5 possessions per 40 minutes, but the Broncos will look to push the ball in transition whenever they can.

Boise State scored 78 points on Thursday, and I wouldn’t be surprised if the Broncos surpass an 80-point mark in this one. The over is 4-1 in their previous five showings at home, and it is 7-1 in the last eight meetings between Boise State and UNLV.