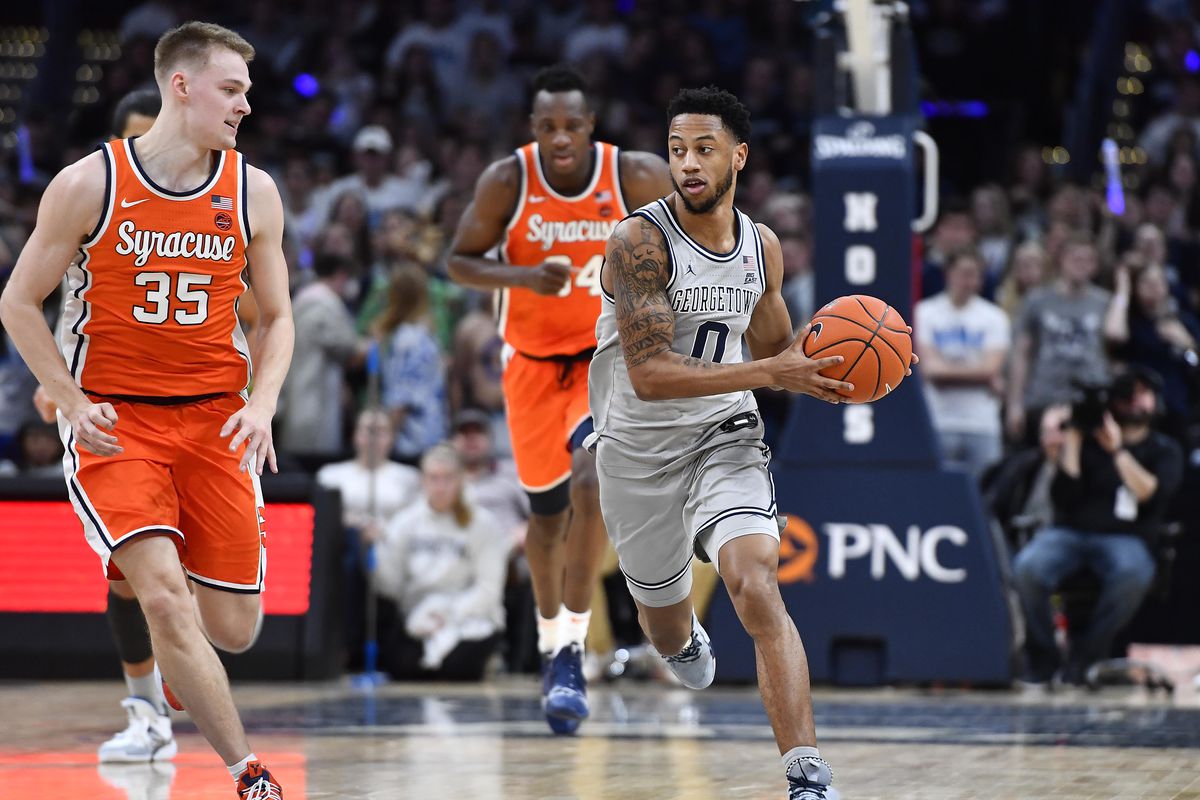 In the Retrievers’ last game, they defeated the Coppin State Eagles, 86-77. The Retrievers had a turnover percentage of 13.0 (better than their season average of 17.7) and had an effective field goal percentage of 0.550 (above their season average of 0.516). UMBC received a boost from K.J. Jackson, who had 14 points, seven assists and five rebounds.

The Hoyas were victorious over the Syracuse Orange in their last game, 89-79. The Hoyas knocked down 24 of their 31 free throws (77.4 percent) and held the Orange to an offensive rebounding percentage of 15.6 (below their season average of 29.2). Mac McClung was the game’s leading scorer with 26 points on 7-for-16 shooting from the field.

The aggressive Georgetown offense could be living from the free throw line in this meeting. The Hoyas currently rank ninth in the nation with a free throw attempt (FTA) rate of 0.302, while UMBC ranks 284th in FTA rate allowed (0.257).

The Retrievers’ average margin of victory in their last five games has been 0.2, down from 6.1 for the season.