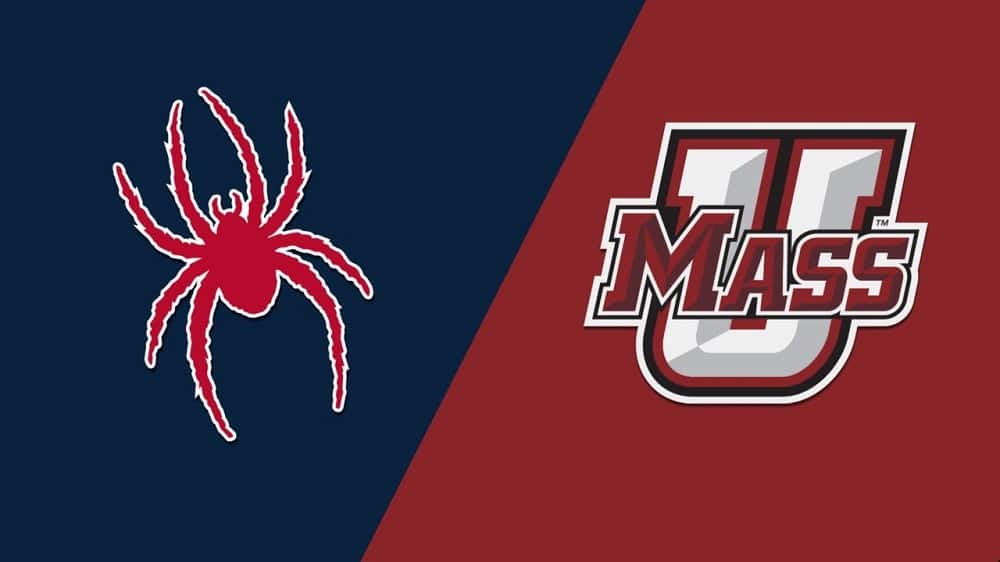 The UMass Minutemen and Richmond Spiders will lock horns for the first time this season on Tuesday, February 23, 2021, so here’s the best betting pick for their Atlantic 10 Conference showdown at Robins Center in Richmond, Virginia.

The Spiders opened as 8.5-point favorites with a total of 150.0 points on BetRivers Sportsbook, while the Minutemen are listed as +320 moneyline dogs to win straight up. UMass is sitting at the third spot of the Atlantic 10 Conference standings, just one game behind VCU and St. Bonaventure and one game ahead of fifth-placed Richmond.

The Minutemen return from a 17-day-long absence

The UMass Minutemen (7-4; 6-2 Conf.) will take the floor for the first time since February 6 and a 75-63 road victory over Rhode Island. It was their second straight victory, and senior guard Carl Pierre led the way with 19 points, five rebounds, and five assists.

The Minutemen have some serious injury worries ahead of Tuesday’s clash in Richmond. Sophomore center Tre Mitchell (20.0 PPG, 7.4 RPG) is doubtful to play due to a shoulder injury, while sophomore PG Noah Fernandes (11.9 PPG, 5.2 APG) is questionable, having problems with his shoulder, too.

The Richmond Spiders (12-5; 5-3 Conf.) have won three of their last four games. After a 68-56 defeat at VCU this past Wednesday, the Spiders outlasted the Duquesne Dukes 79-72 as 9-point home favorites last Saturday.

Richmond nearly blew a 15-point lead against the Dukes and narrowly escaped with a victory, as Duquesne had a one-point lead with just 1:59 to go in the second half. The Spiders made 55.1% of their field goals, and their entire starting lineup scored in double digits, but Richmond once more showed some serious defensive flaws.

Interestingly, the Spiders’ starting five all average points in double figures this season, and senior guard Blake Francis leads the way with 16.4 points per game. Richmond is No. 58 in the NCAA NET Rankings and No. 59 in the KenPom rankings, and the Spiders score 113.5 points per 100 possessions (25th in the nation) while yielding 98.9 in a return (104th).

With the No. 3 seed in the Atlantic 10 on the line, we should see a hard-fought battle at Robins Center. I’m looking for Richmond to grab a big win on the home court, but those 8.5 points could be too much to cover, so don’t hesitate to buy a few.

The Spiders execute offensively very well and will torture the Minutemen, especially if they enjoy a solid shooting night. Richmond ranks 30th in the nation in field goal percentage (48.2%) and averages only 10.6 turnovers per contest (35th).

However, the Spiders struggle to defend and rank 305th in opponent field goal percentage. If Tre Mitchell suits up Tuesday, the Minutemen will keep it close.

Considering their leaky defenses, the Minutemen and Spiders should provide a high-scoring game. The over has hit in their last three encounters and each one has produced more than 150 points in total.