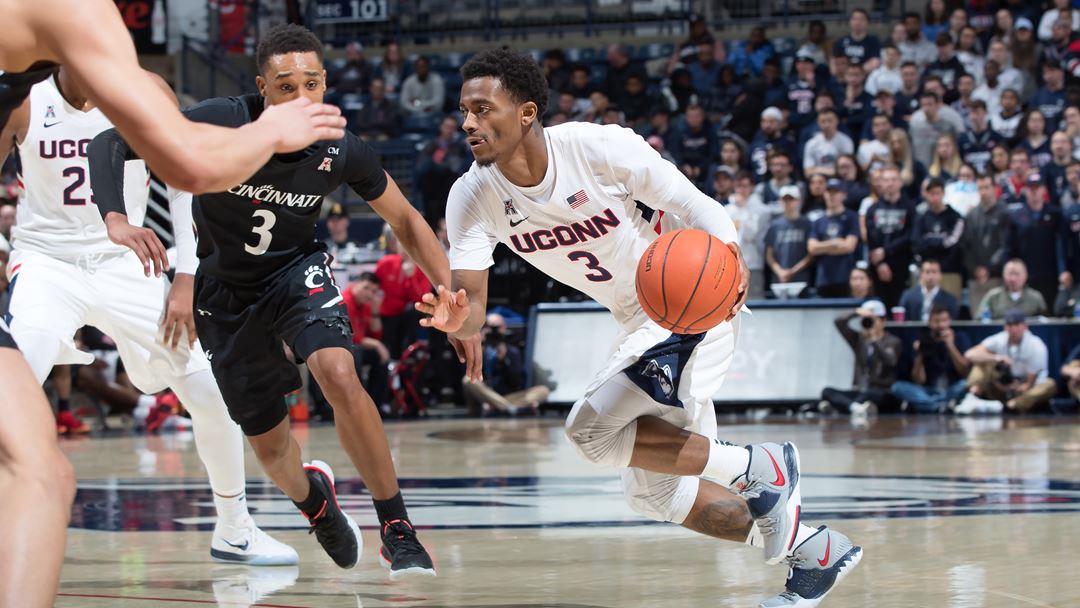 The Huskies will be looking for a similar outcome after narrowly defeating the Cincinnati Bearcats in their last matchup, 72-71. The Huskies had a better free throw rate (0.197 vs. 0.121) and had an offensive rebounding percentage of 40.9 (above their season average of 32.9). Christian Vital played a pivotal role for UConn with 19 points and five rebounds.

The last time the Mustangs were in action, they lost to the Temple Owls, 97-90. Temple’s effective field goal percentage was their largest advantage over SMU. The Owls had a rate of 0.669 (above their season average of 0.461), while the Mustangs posted a mark of 0.545. Kendric Davis put together a good performance for SMU, leading the team in scoring with 23 points on 8-for-13 shooting.

After splitting two games last season, this will be the first matchup of the year between these two teams. The Mustangs won the last game 77-59. SMU did a terrific job of making free throws (13-15; 86.7 percent). UConn, meanwhile, had a much better turnover percentage (11.7 vs. 22.3).

The Huskies’ average margin of victory in their last five games has been 4.2, down from 5.5 for the season.