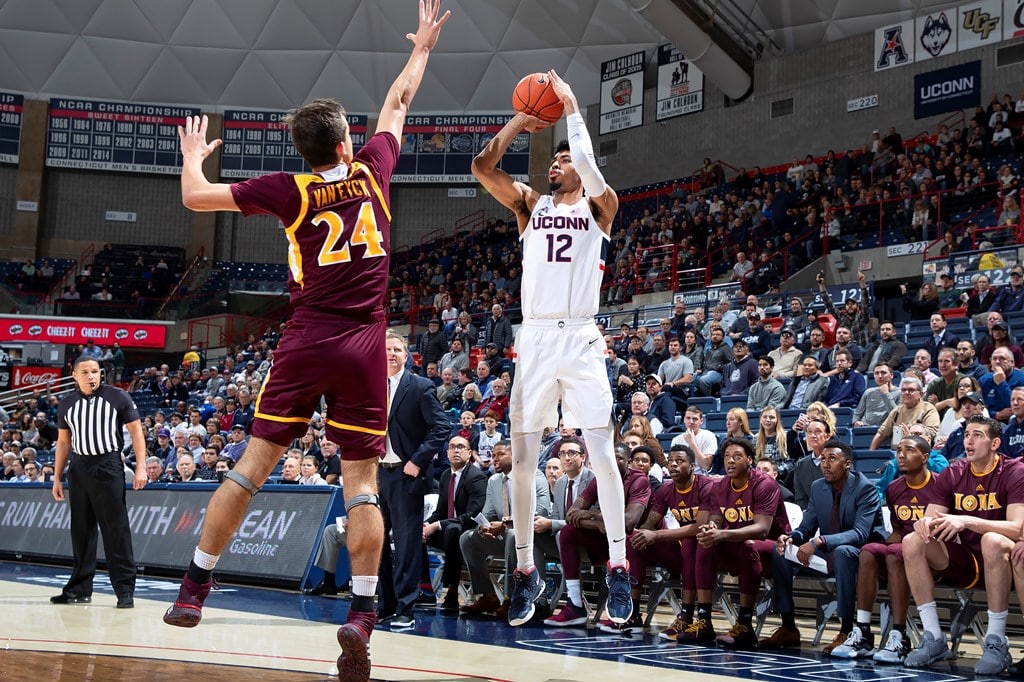 The last time the Huskies played, they dismantled the Iona Gaels, 80-62. The Huskies, who came into the game averaging an offensive rebounding percentage of 30.2, had an extraordinary mark of 48.7 and had an effective field goal percentage of 0.531 (above their season average of 0.463). UConn was led by Josh Carlton, who was the game’s leading scorer with 19 points on 8-for-13 shooting.

The Hoosiers got blown out by the Wisconsin Badgers in their last outing, 84-64. Wisconsin’s turnover percentage was their largest strength over Indiana. The Badgers posted a mark of 5.9 (better than their season average of 16.3), while the Hoosiers had a rate of 16.3. Indiana’s Devonte Green had 10 points in the game.

Indiana averages 4.5 blocks per game, which ranks 22nd in the country. UConn ranks 136th in blocks allowed per game (3.6).

Is There Any Sense In Betting On Oklahoma To Win The National Title?