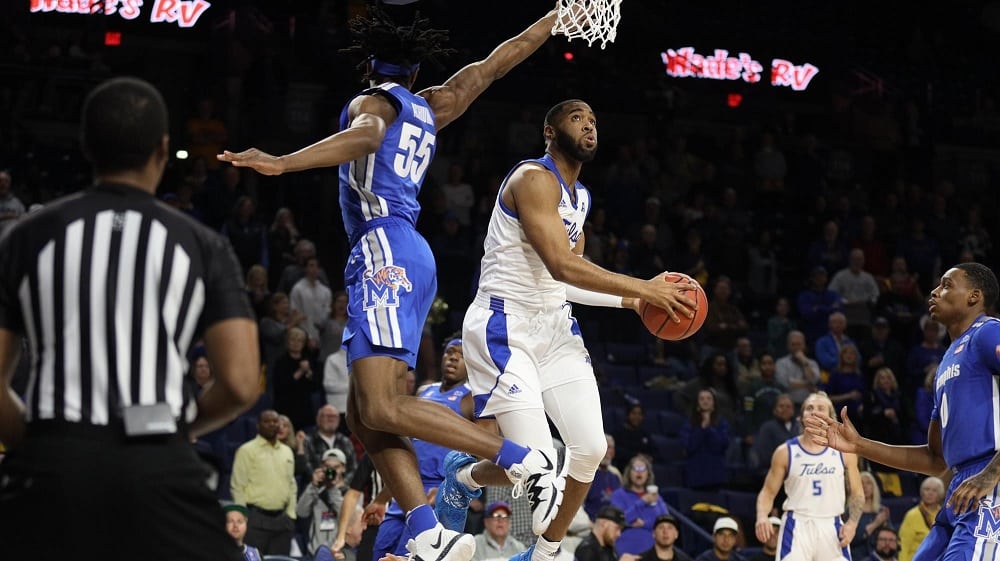 The college basketball betting action goes on Monday with a ton of interesting games around the country, so I’m taking a closer look at the American Athletic Conference showdown between Tulsa and Memphis to find the best betting pick.

The Tulsa Golden Hurricane had no problems beating the Northwestern State Demons 82-55 this past Friday. They easily covered a 16.5-point spread on the home court to bounce back from a painful 69-65 loss to Wichita State.

The Tigers have won four of their last five games

The Memphis Tigers beat the Tulane Green Wave 80-74 as 10-point road favorites this past Wednesday to bounce back from a surprising 74-71 home loss to Auburn. It was their fourth win in the last five outings, but the Tigers covered just once in that span.

Memphis is now No. 57 in the KenPom rankings. The Tigers have the 15th-best defensive rating in the nation, allowing only 89.2 points per 100 possessions, while they score 104.0 points in a return, enough for the 98th-most in the country.

I’m a bit surprised by a 7.5-point spread, but the visitors obviously need some time to gel things after losing a few key players from the previous season when they went 13-5 in the conference play. Each Tulsa’s win this term came against bad teams, while three losses came against TCU, South Carolina, and Wichita State which are all solid teams.

Tulsa is winless in four straight visits to Memphis Tennessee, covering just once in the process. The Golden Hurricane dismantled Memphis 80-40 as a 3-point home dog this past regular season, so the Tigers will be fired up to get revenge at home.

Therefore, I’m betting on the hosts as 5.5-point favorites. The Tigers have impressed defensively thus far, while their offense is looking sharp and ready to beat Tulsa.

The under is 4-1 in the last five meetings between Tulsa and Memphis, and it is 10-1-2 in the Tigers’ last 13 games overall, so I’m following the betting trends in this matchup.