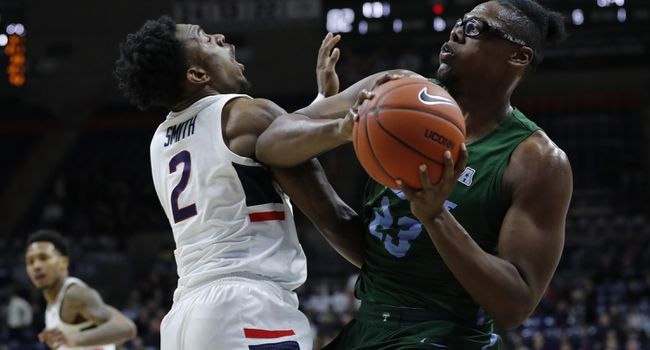 The Green Wave come in on a high note after beating the Cincinnati Bearcats in their last matchup, 76-71. Tulane was effective at getting and making free throws. The Green Wave made 24 of their 27 free throws (88.9 percent), while the Bearcats were 12-13 (92.3 percent). Christion Thompson had a good outing for Tulane, finishing with 20 points and nine rebounds.

The last time the Huskies played, they were beaten by the South Florida Bulls, 75-60. Getting to the free throw line was one of South Florida’s largest advantages. They had 29 free throw attempts, while UConn had 16. With 11 points on 4-for-11 shooting, James Bouknight led UConn in scoring.

After the Huskies won the lone contest against the Green Wave last season, 87-71, these teams will clash for the first time this year. The Huskies had a much better turnover percentage (9.7 vs. 17.5) and had a better offensive rebounding percentage (22.2 vs. 18.2).

The Green Wave have scored an equal number of points as their opponents. On the season, Tulane has defeated opponents by an average of 4.1 points.