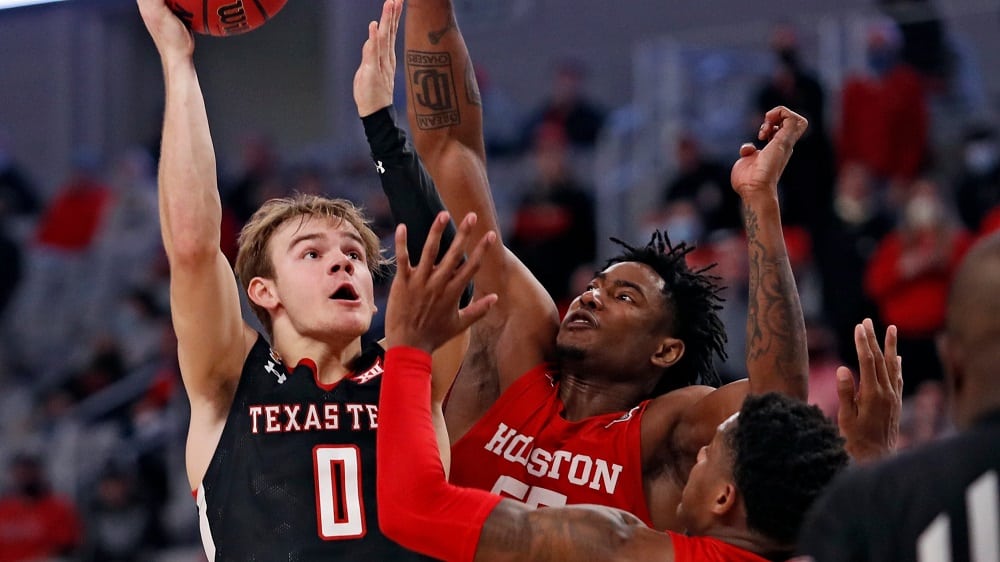 The Troy Trojans head to United Supermarkets Arena in Lubbock, Texas, this Friday night to take on the Texas Tech Red Raiders, as the 2020-21 college basketball season continues with the non-conference action.

These two schools met each other only once, and the Red Raiders beat the Trojans 90-85 as 13-point favorites back in 2011. Once more, the Red Raiders will be listed as huge favorites on DraftKings, so let’s see what the best betting picks for Friday’s clash in Lubbock.

The Trojans split their first two games of the season

The Troy Trojans are 1-1 on the season, while two games against Middle Georgia State and Wake Forest were canceled due to the COVID-19 concerns. After a 66-64 victory over Western Carolina, the Trojans lost to UNC Wilmington 73-50 in the Mako Medical Asheville Classic.

The clash against the Seahawks was a pure nightmare for the Trojans, who shot only 29.6% from the field and 27.8% from beyond the arc. They handed out just six assists while committing 13 turnovers, while none of the starters scored points in double figures.

The Red Raiders are coming off their first loss

After two straight wins over Northwestern State 101-58 and Sam Houston State 84-52, the Texas Tech Red Raiders lost to the Houston Cougars 64-53 in the Southwest Showcase this past Monday, dropping to 2-1 on the season.

It was a bad day in the office for the Red Raiders, who trailed by 18 points at halftime. They shot only 22.2% from beyond the arc and miserable 54.2% from the free-throw line while turning the ball over 18 times.

Junior guard Mac McClung leads the way for Texas Tech, averaging 18.0 points per game on 50.0% shooting from the field. Senior forward Marcus Santos-Silva is posting 8.7 points and 87 rebounds per contest, while sophomore guard Terrence Shannon Jr. is tallying 10.3 points and 4.7 boards a night.

On paper, the Red Raiders are a much better team than the Trojans, and I have no doubts they will prove it on the court. Covering a huge spread is always a difficult task, but the Trojans lack talent everywhere and will struggle to compete with the Red Raiders.

Texas Tech is 9-7 ATS in its last 16 games overall, and the Red Raiders covered in their last two showings as double-digit favorites. They will be keen to bounce back from a terrible performance against Houston, so I’m backing the Red Raiders to cover.

I expect the Red Raiders to shut down the Trojans’ offense as they did with Northwestern State and Sam Houston State in their first two showings of the season. Both contests went in the under, while the Red Raiders have the eighth-best scoring defense per 100 possessions in the country at the moment.

Texas Tech’s defense was the ninth-best in the nation last season. They loved to play at a slow pace, and I expect to see more of the same from the Raiders this term. Therefore, I’m betting on the under.

Furthermore, the under is 5-1 in the Trojans’ last six games overall.