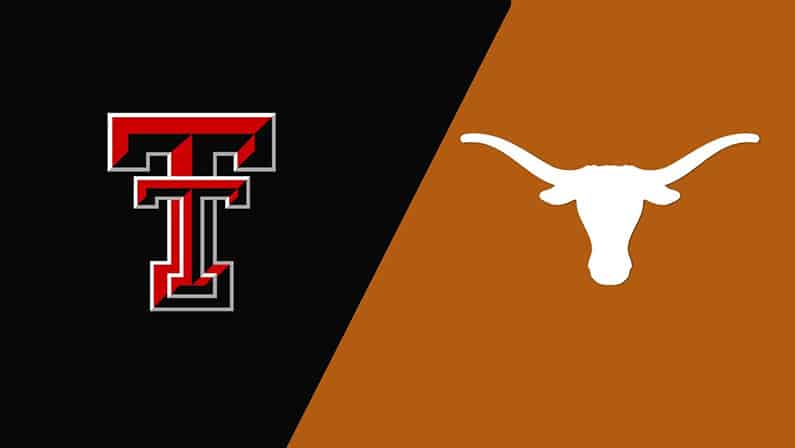 Wednesday night’s Big 12 Conference showdown from Frank Erwin Center in Austin, Texas, will see the No. 15 Texas Tech Red Raiders square off against the No. 4 Texas Longhorns, so here’s my best betting pick for this marquee matchup along with the latest odds on BetMGM Sportsbook.

The Red Raiders have won five of their last six games against Texas. However, in their previous encounter, the Longhorns beat the Red Raiders 68-58 as 11.5-point road underdogs on February 29, 2020.

The next two games will be very important for the Raiders, as they welcome the No. 2 Baylor Bears after the clash against the Longhorns. Texas Tech is No. 18 in the latest NCAA NET Rankings and No. 13 in the KenPom rankings, scoring 110.8 points per 100 possessions (37th in the country) and allowing 88.4 in a return (5th).

The Longhorns are undefeated since December 6, 2020

The Texas Longhorns (10-1; 4-0 Conf.) are rolling on a six-game win streak following a narrow 72-70 victory at the No. 14 West Virginia Mountaineers this past Saturday. They were listed as 1.5-point road dogs, and the Longhorns escaped with a win thanks to Andrew Jones’ 3-pointer with 1.8 seconds left on the clock.

Texas went only 4-for-19 from downtown, but it was another good defensive display against the Mountaineers’ prolific offense. The Longhorns allow just 87.9 points per 100 possessions this season (4th in the country) while scoring 113.1 in a return (12th). They are No. 9 in the latest NCAA NET Rankings and No. 6 in the KenPom rankings, but the Longhorns sit at the fourth spot of the AP Top 25 Poll.

This will be a hard-fought battle, and I would be surprised if someone wins it by six or more points. The Red Raiders are a terrific defensive team. Despite their lack of height, the Raiders are very aggressive and will put on a fight against the Longhorns, who arguably possess more talent on the offensive end.

I expect the visitors to keep it close, but the Longhorns to cover is still my top betting pick here. Texas leans on a stout defense, too. The hosts should dominate this matchup physically, and their offense has been outstanding recently which is a great sign ahead of Wednesday’s game.

The over has hit in two of the last four encounters between Texas Tech and Texas, but none of those four contests produced more than 130 points in total. The under is 9-5 in their previous 14 meetings, and I’m sticking with this trend.

The Longhorns surpassed a 70-point mark in six straight outings. They scored 84 points against Kansas on the road. On the other side, the Red Raiders tallied 77 or more points in each of their last four games. Still, I expect to see a proper defensive battle Wednesday night, as two top-5 defenses meet each other.

Furthermore, neither side prefers to play at a fast pace. The Longhorns records 69.1 possessions per 40 minutes (181st in the country), while the Red Raiders average 66.7 (288th).