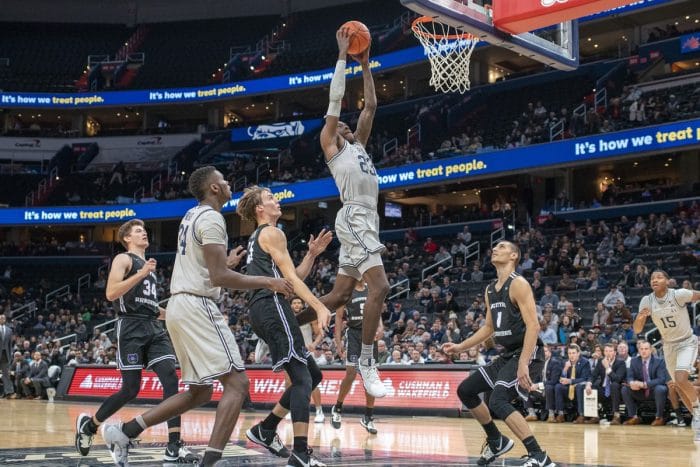 The last time the Longhorns played, they topped the Prairie View A&M Panthers, 70-56. The Longhorns forced 21 turnovers and held the Panthers to an offensive rebounding percentage of 24.1 (below the 35.6 mark opponents have averaged against Texas this season). Texas received a boost from Jericho Sims, who finished with eight points and 10 rebounds.

The Hoyas were victorious over the Georgia State Panthers in their last matchup, 91-83. The Hoyas knocked down 40 of their 51 free throws (78.4 percent) and had a turnover percentage of 14.5 (better than their season average of 19.9). With 15 points and 13 rebounds, Georgetown’s Omer Yurtseven had a solid performance.

It will be a battle of opposite paces as the fast-paced Hoyas will look to push the more grind-it-out Longhorns. Dating back to last season, the Hoyas rank 16th in possessions per game while the Longhorns are 294th. Also, the Longhorns rank 50th in turnover percentage (16.8 percent), while the Hoyas rank 305th in opponents’ turnover percentage (16.9 percent).

Texas averages 4.2 blocks per game, which ranks 68th in the NCAA. Georgetown ranks 159th in blocks allowed per game (3.4).