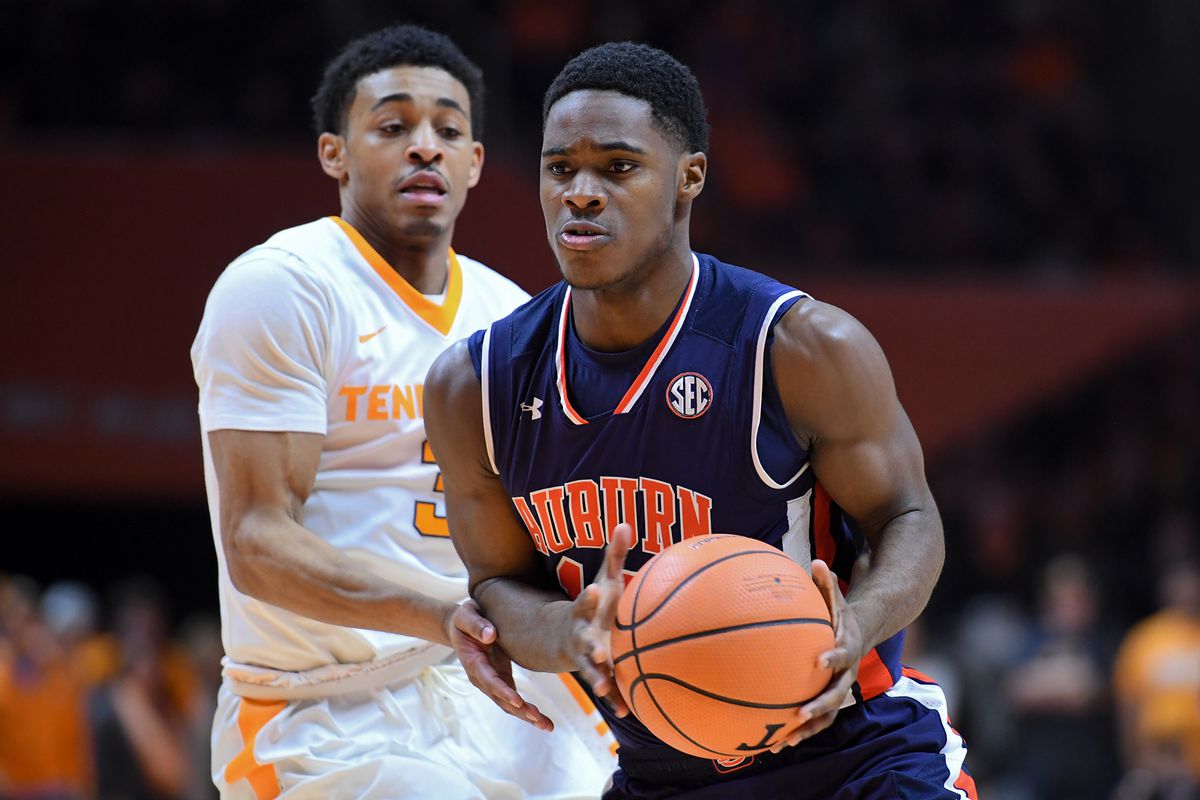 In the Volunteers’ last contest, they defeated the Vanderbilt Commodores, 65-61. The Volunteers knocked down 19 of their 22 free throws (86.4 percent) and had a better offensive rebounding percentage (30.0 vs. 26.3). Tennessee was lifted by John Fulkerson, who led the team in scoring with 17 points on 4-for-8 shooting.

The Tigers fell to the Georgia Bulldogs in their last contest, 65-55. Georgia’s 0.281 free throw rate was their biggest advantage over Auburn, who had a mark of 0.134. The Bulldogs’ mark was above their season average of 0.233, while the Tigers’ was below their season average of 0.309. With 22 points on 9-for-22 shooting, J’Von McCormick was the top scorer from either team.

Both teams have had a player take their game to the next level over their last five games. Fulkerson (17 points,6.4 rebounds) has been great for the Volunteers while Samir Doughty (21 points) has contributed greatly to the Tigers.

After the Tigers won both games against the Volunteers last season, this will be the first matchup of the year between these two teams. In the last contest, Auburn won 84-64. The Tigers had a much better turnover percentage (8.7 vs. 23.1) and had a much better offensive rebounding percentage (31.7 vs. 16.1).

The Volunteers average 5.9 blocks per game, which ranks sixth in the nation. The Tigers rank 89th in blocks allowed per game (3.2).

Auburn averages 6.1 steals per game, which ranks 150th in the nation. Tennessee ranks 194th in steals allowed per game (7.4).

The Volunteers’ average margin of victory in their last five games has been 2.2, down from 4.7 for the season.