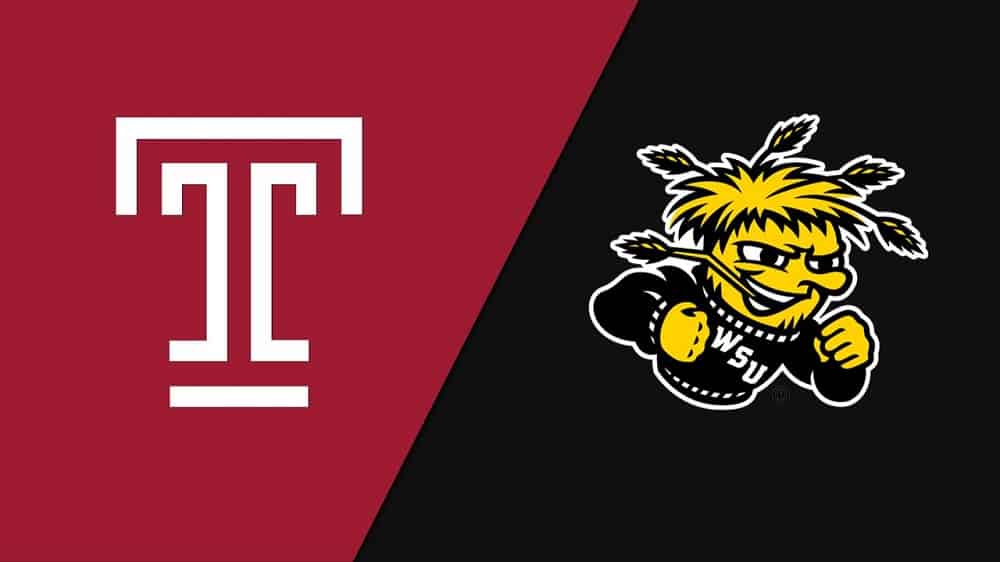 The Temple Owls head to Charles Koch Arena in Wichita, Kansas, to take on the Wichita State Shockers for the first time this season, as these two schools will meet once more in March. According to BetMGM Sportsbook, the Shockers opened as firm 8-point favorites with a total of 138.5 points, so I’ve prepared the best betting pick for this American Athletic Conference showdown.

The Owls and Shockers split their last season’s two-game series. Each team won on the home court, but the Owls covered on both occasions, outlasting the Shockers 65-53 as 4.5-point dogs and suffering a 72-69 defeat at 10-point dogs.

The Temple Owls (4-6; 3-6 Conf.) are coming off a tough 63-60 defeat to the Cincinnati Bearcats, wrapping up a four-game homestand with a 1-3 SU and ATS record. They trailed for most of the game but still had a chance down the stretch, narrowly missing the last-second half-court shot.

The Wichita State Shockers (10-4; 6-2 Conf.) are currently second in the American Athletic Conference, a couple of games behind Houston and 3.5 games ahead of the seventh-placed Temple. They are coming off a 75-67 home win to the Tulane Green Wave, recording their fourth win in the last five outings and extending their win streak on the home court to six games.

Sophomore guard Tyson Etienne continues to lead the way for the Shockers, scoring 51 points in his last two outings. Etienne averages 17.9 points and 3.7 rebounds on the season, while Wichita State tallies 108.5 points per 100 possessions (68th in the nation) and allows 98.1 in a return (102nd).

The Shockers are No. 75 in the NCAA NET Rankings and No. 81 in the KenPom rankings. They look ready to mount a serious postseason challenge, playing in a terrific form since mid-December. Over their last 11 outings, the Shockers lost only to Memphis and No. 11 Houston.

The Shockers are a much better offensive team than the Owls, so I’m backing them to cover an 8-point spread which could be a tricky job even on the home court. Furthermore, the Shockers rank 32nd in the country in opponent field goal percentage (40.0%) and 14th in opponent 3-point percentage (28.5%), so they should shut down the Owls’ sterile offense.

Temple has won only one of its last six road contests, though the Owls have covered four times in that span. Still, they are 2-10 SU and 5-7 ATS over the last 12 showings on the road.

The over has hit in seven of the last eight matchups between Temple and Wichita State. Also, the over is 6-3 in Wichita State’s last nine games. On the other hand, the under is 9-4 in Temple’s last 13 contests, and it is 13-6-1 in the Owls’ last 20 road tilts.

As I’ve mentioned, the Owls have struggled mightily to execute well on the offensive end so far, and I’m looking for the Shockers to shut them down. If they want to keep it close here, the Owls will have to put on a strong defensive performance, so I’m going with the under.