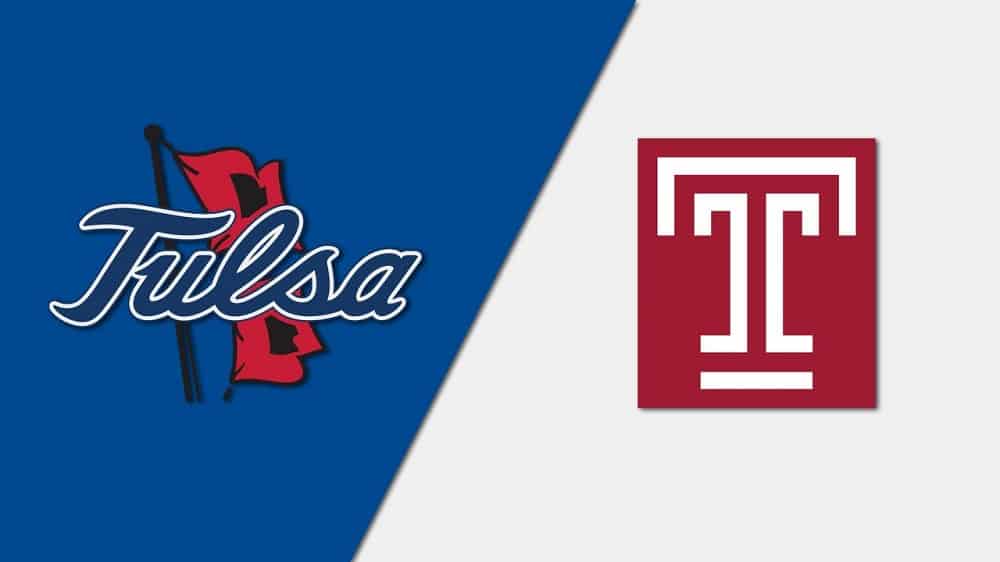 Two struggling schools meet each other, as the college basketball season continues Tuesday, February 16, 2021, so here’s my best betting pick for the American Athletic Conference showdown between the Temple Owls and Tulsa Golden Hurricane.

Tulsa opened as a slight 3.5-point home fave on FanDuel Sportsbook, while Temple sits at +170 moneyline odds. The Owls already beat the Golden Hurricane this season, 76-67, as 1.5-point home underdogs.

The Temple Owls (4-8; 3-8 Conf.) are riding a four-game losing streak following a 71-69 defeat at the Cincinnati Bearcats this past Friday. It was their third consecutive loss by three or fewer points, so the Owls must be dejected. They are No. 157 in the NCAA NET Rankings, sitting at the tenth spot of the American Athletic Conference standings.

Temple fought bravely as a 6.5-point underdog at Fifth Third Arena in Cincinnati, but the Owls shot only 37.3% from the field and went 7-for-23 from beyond the arc. Senior guard Brendan Barry scored 17 points off the bench, while freshman guard Jeremiah Williams added 16 points and four assists.

Sophomore guard Damian Dunn leads the way for Temple with 13.8 points and 4.3 boards a night. He went scoreless in just 12 minutes on the floor against Cincinnati, and it’s still unknown if he’s having some serious injury problem.

The Tulsa Golden Hurricane (9-9; 6-7 Conf.) have been playing in a terrible form lately, losing five of their last six games overall. They are on a three-game losing streak, and all three defeats came on the court against SMU 65-63, UCF 65-58, and Tulane 58-48.

Senior guards Brandon Rachal (14.6 PPG, 6.9 RPG) and Elijah Joiner (10.4 PPG, 3.4 APG) lead the way for Tulsa this term and will need to step up Tuesday night and help their team break out of its slump.

This should be a very close game, so I don’t feel comfortable even with a paltry 3.5-point spread. Anyway, Tulsa is 6-0 SU and ATS in its last six home encounters with Temple, and I would lean on the hosts’ defense to make difference down the stretch.

The Golden Hurricane are a good defensive team and should be keen to get revenge for that nine-point loss at Temple earlier in the season. As I’ve mentioned above, both teams have been awful lately, so backing the tougher defensive bunch should be the right move.

While Temple records 68.8 possessions per 40 minutes (153rd in the country), Tulsa averages only 65.4 (312th). Considering their offensive woes and solid defenses on both sides, we should see a proper low-scoring affair even though Temple and Tulsa combined for 143 points in their first meeting of the season.

The under is 7-2 in the last nine encounters between these two schools. Last season, Tulsa beat Temple twice, 61-51 and 70-44. Ten of Temple’s last 15 games went in the under, as well as six of Tulsa’s previous nine.