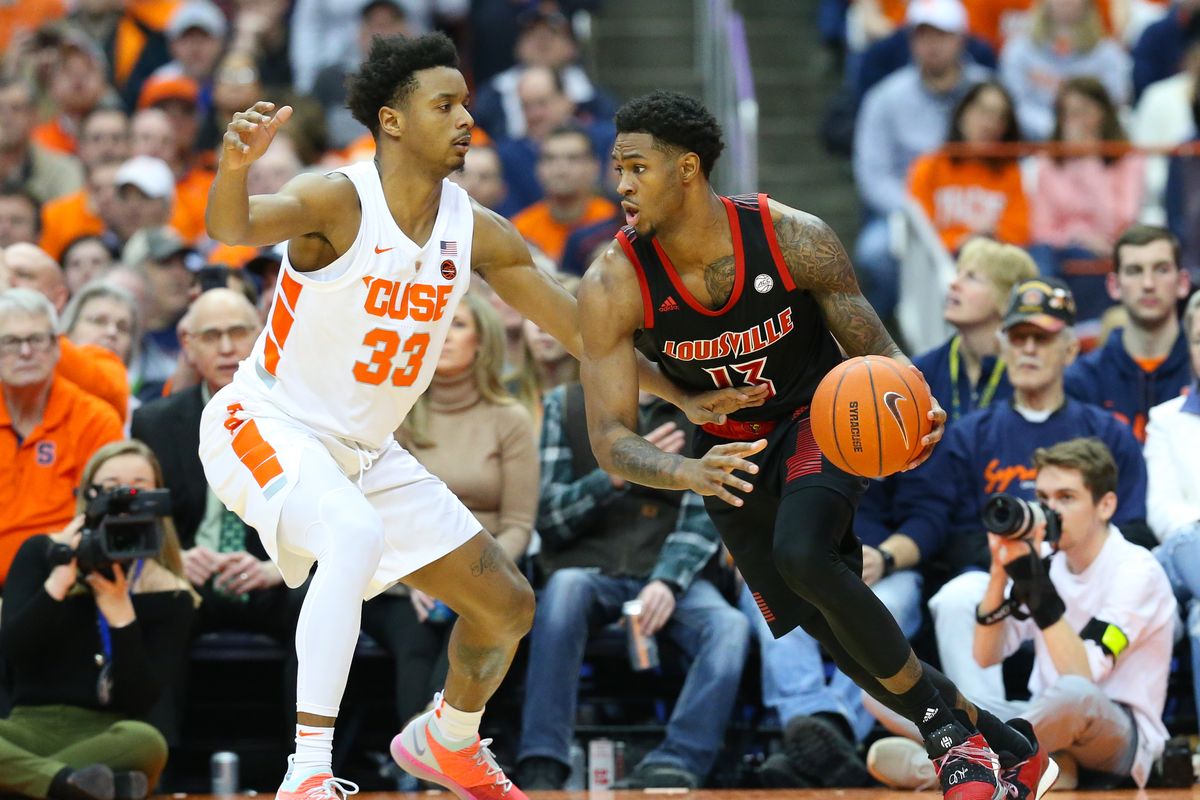 Game Odds: Louisville opens as a 9 point home favorite, with a total of 142 at Draftkings NJ Sportsbook.

The Orange are trying to rebound after their 80-77 loss to the No. 8 Florida State Seminoles in their last game. Florida State’s rebounding was their biggest strength. The Seminoles had more offensive rebounds (20 vs. 10), defensive rebounds (27 vs. 19) and total rebounds (47 vs. 29). Joseph Girard III put together a solid outing for Syracuse, putting up 22 points, seven rebounds and five assists.

In the Cardinals’ last game, they were beaten by the Clemson Tigers, 77-62. Clemson’s free throw rate was their biggest advantage over Louisville. The Tigers had a rate of 0.367 (above their season average of 0.190), while the Cardinals posted a mark of 0.116 (below their season average of 0.250). Louisville’s Dwayne Sutton put together a good performance, leading the team in scoring with 18 points on 7-for-15 shooting.

This meeting figures to be a high-scoring affair as two of the country’s top offenses clash. Louisville ranks 23rd with 111.3 points per 100 possessions and Syracuse is 49th (109.1). Additionally, the Orange rank 47th in turnover percentage (16.9 percent), while the Cardinals rank 308th in opponents’ turnover percentage (17.1 percent).

After the Orange won the lone game against the Cardinals last season, 69-49, this will be the first matchup of the year between these two teams. The Orange had a much better effective field goal percentage (0.482 vs. 0.315) and had a better turnover percentage (15.8 vs. 17.4).

The Cardinals average 39.0 rebounds per game, which ranks 36th in the NCAA. The Orange rank 216th in rebounds allowed per game (36.8).

Syracuse averages 7.4 steals per game, which ranks 65th in the NCAA. Louisville ranks 87th in steals allowed per game (6.0).