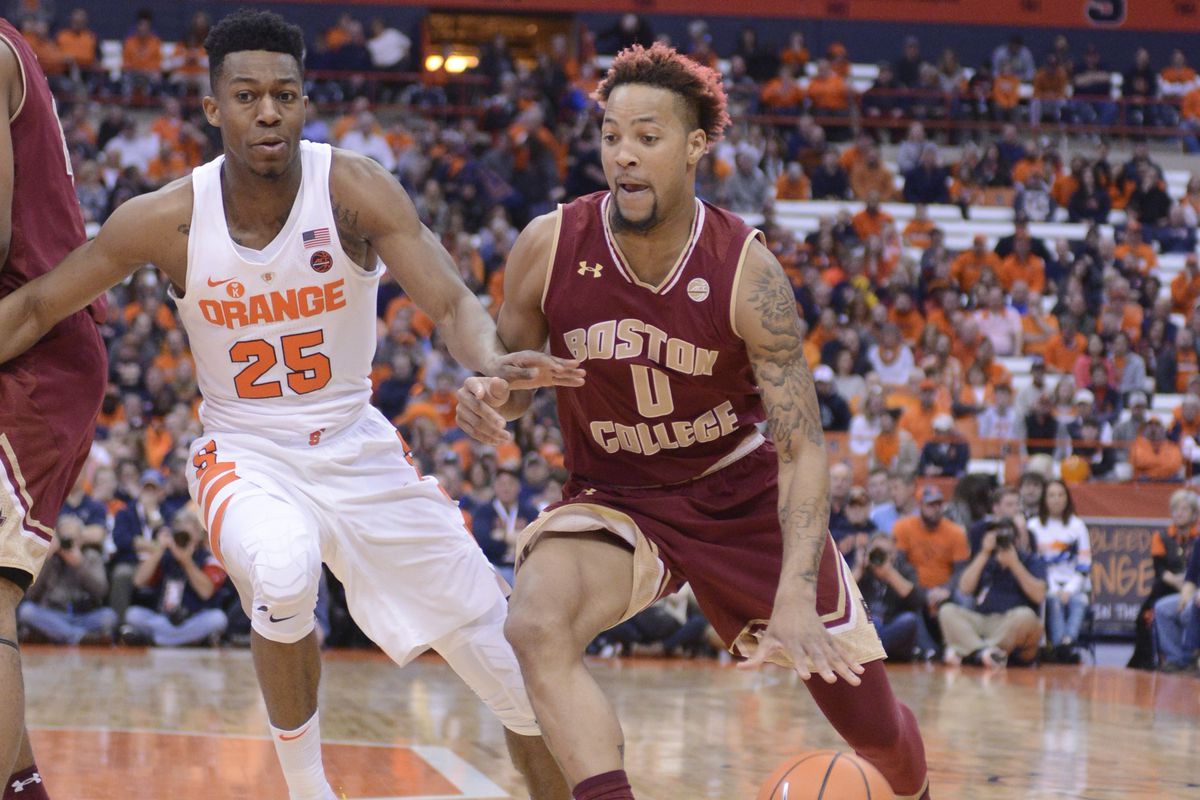 In the Orange’s last outing, they were beaten by the North Carolina Tar Heels, 92-79. North Carolina’s offensive rebounding percentage was their biggest strength over Syracuse. The Tar Heels had a rate of 40.6 (above their season average of 35.2), while the Orange posted a mark of 27.8. Syracuse’s Bourama Sidibe had a solid game, recording 17 points, 15 rebounds and six blocks.

The Eagles lost a tough one against the Notre Dame Fighting Irish in their last outing, 62-61. Notre Dame’s free throw rate was their biggest strength over Boston College. The Fighting Irish had a rate of 0.121 (below their season average of 0.185), while the Eagles posted a mark of 0.068 (below their season average of 0.199). With 12 points, 11 rebounds and nine assists, Boston College’s Steffon Mitchell put together a good performance.

This will be the second game of the season between these two teams. In the first, Marek Dolezaj recorded 10 points and 11 rebounds and the Orange defeated the Eagles 76-50. The Orange knocked down 12 of their 12 free throws (100.0 percent) and had a much better effective field goal percentage (0.593 vs. 0.377).

Based on historical performance heading into this one, ball security could play a key role in this matchup. Syracuse commits the 50th-fewest miscues in the nation (turnover percentage of 17.0 percent), while the ball-hawking defense of Boston College forces the 51st-most (opponents’ turnover percentage of 21.8 percent).