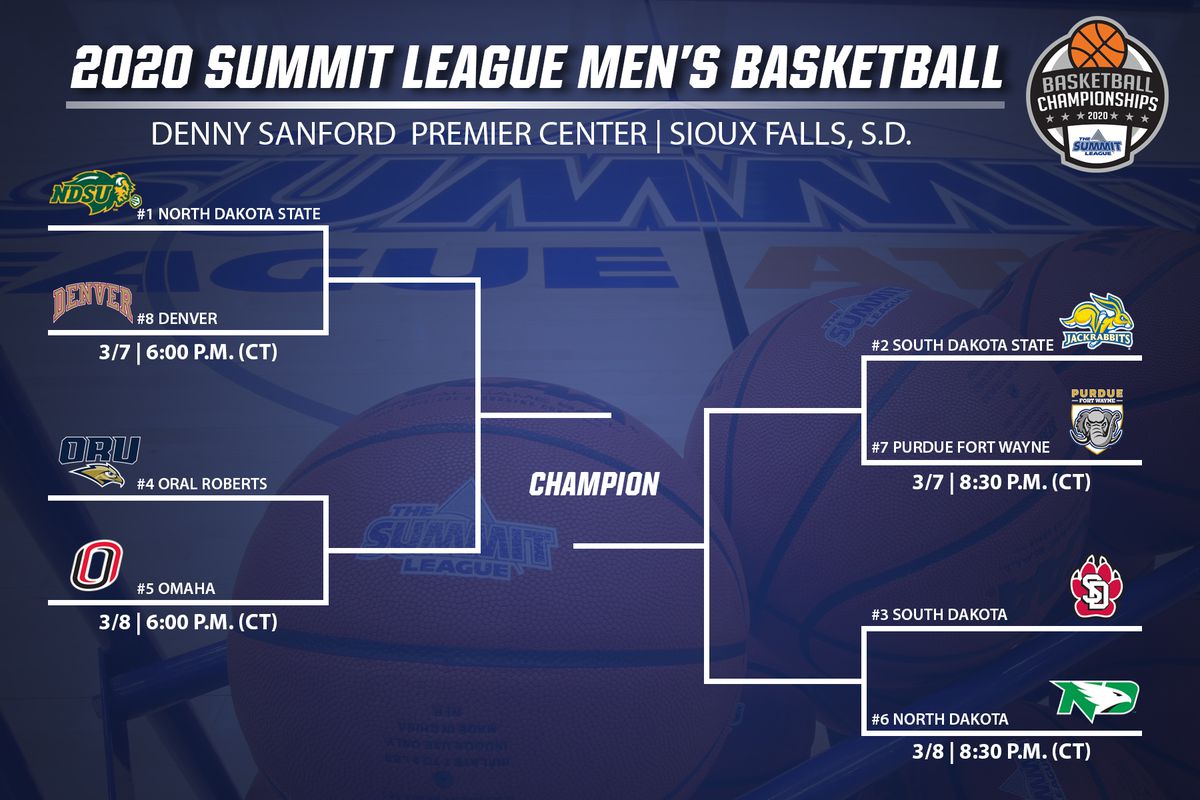 The eight best Summit League teams head to Sioux Falls, South Dakota looking to win the league’s automatic berth into the 2020 NCAA Tournament. It looks like it is going to be a two-team race, but five of the eight teams finished with records above .500 this season. This tournament will take place over four days, but it has a bit of a different structure than most of the conference tournaments. The first two quarterfinal games will take place on March 7 and those winners will then get a day off before the semifinals on March 9. The two other quarterfinals will take place on March 8 and the winners will come back the next day. The championship will be held on Tuesday, March 10, on ESPN2.

Last season, South Dakota State and Omaha entered the as the top two seeds, but did not perform well. The winner of the tournament ended up being North Dakota State who entered as the #4 seed after going 9-7 in the regular season. North Dakota State beat #5 Oral Roberts by 13 in the quarterfinals and were lucky as they got to face the #8 seed Western Illinois in the semifinals. The Bison beat the Leathernecks 76-73 to setup a championship showdown with Omaha. The Mavericks opened up their campaign with an 81-76 win over #7 North Dakota and a slight one-point win over #4 Purdue Fort Wayne. In the final, it was North Dakota Stat who came away with a 10-point win over the Mavericks.