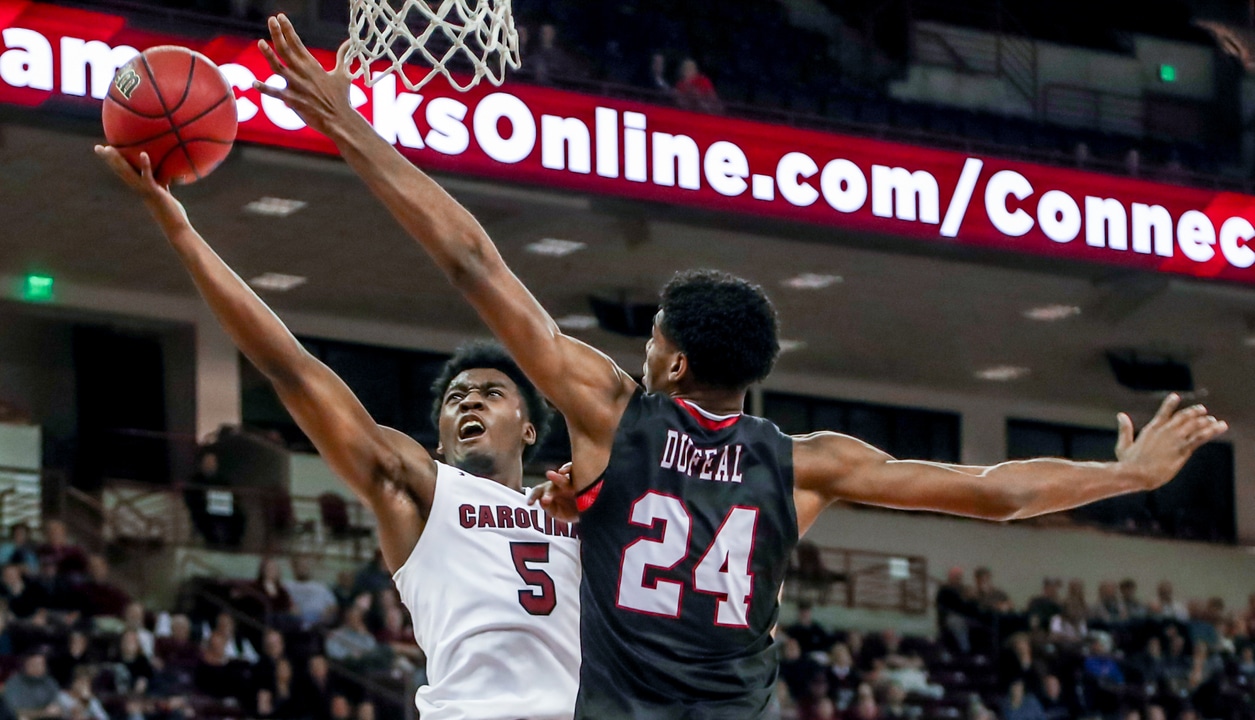 The Massachusetts Minutemen (5-3) square off with the South Carolina Gamecocks (5-3) at the William D. Mullins Center. The game can be seen on CBS Sports Network at 7 p.m. ET on Wednesday, December 4, 2019.

The Gamecocks come in on a high note after topping the George Washington Colonials in their last contest, 74-65. The Gamecocks, who came into the game averaging an effective field goal percentage of 0.463, had a solid mark of 0.553 and had a much better offensive rebounding percentage (35.5 vs. 25.5). With 17 points on 8-for-9 shooting, Maik Kotsar led South Carolina in scoring.

In the Minutemen’s last game, they were blown out by the Rutgers Scarlet Knights, 82-57. Rutgers’ free throw rate was their largest strength over Massachusetts. The Scarlet Knights had a rate of 0.293 (above their season average of 0.268), while the Minutemen posted a mark of 0.098 (below their season average of 0.219). T.J. Weeks put together a solid game for Massachusetts, leading both teams in scoring with 19 points on 6-for-13 shooting.

It could be a sloppy game for the Massachusetts offense. Dating back to last season, Massachusetts ranks 253rd in the country in ball protection (turnover percentage of 19.8 percent), while the pesky defense of South Carolina has forced the 72nd-most turnovers in the nation (20.9 percent).