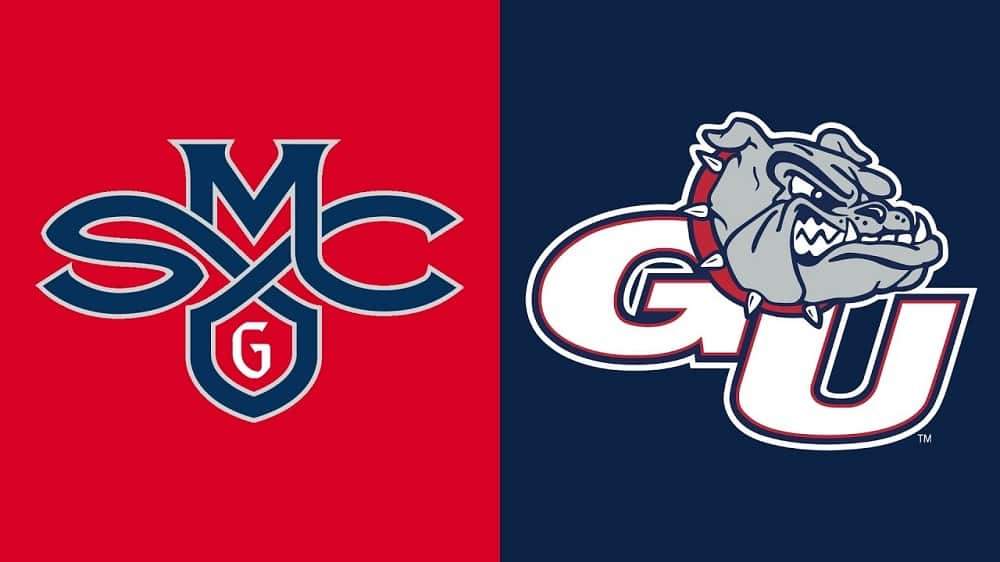 The West Coast Conference Championship Tournament semifinals are set for Monday, March 8, so here’s the best Saint Mary’s Gaels vs. Gonzaga Bulldogs betting pick along with the latest odds on William Hill Sportsbook.

The Gaels and Bulldogs met each other twice during the regular season, and Gonzaga comfortably won on both occasions, 73-59 as 16-point road favorites and 87-65 as 20.5-point home favorites. This time, the Zags are listed as 17.5-point favorites at the neutral location in Las Vegas, so let’s see what’s the best wager here.

The Saint Mary’s Gaels (14-8; 4-6 Conf.) disappointed their fans in the regular season, but they managed to get past the Loyola Marymount Lions in the WCC Championship Tournament quarterfinals. Junior guard Logan Johnson put on a terrific performance, accounting for 25 points on 9-for-15 shooting, while senior guard Tommy Kuhse added 12 points and three rebounds.

The Gaels shot just 39.5% from the field and 13.3% from downtown, but they played some excellent defense and controlled the game for all 40 minutes. Saint Mary’s limited the Lions to 37.2% shooting from the field while forcing 18 turnovers.

Gonzaga hopes for another easy job

The Gonzaga Bulldogs (24-0; 15-0 Conf.) have dominated their opponents all season long and fully deserved to stay undefeated. They wrapped up the WCC regular season eight days ago, outlasting Loyola Marymount 86-69 as 25-point home favorites.

The Zags are 4-3-1 ATS over their previous eight games overall. They are the top-ranked team in all of the NCAA NET Rankings, KenPom rankings, and AP Top 25 Poll. Gonzaga scores 126.0 points per 100 possessions (1st in the nation) and allows 88.8 points to their opponents (10th).

Furthermore, the Bulldogs rank first in field goal percentage (55.3%) and second in assists per game (18.7). Senior forward Corey Kispert leads the way for Gonzaga with 19.5 points and 4.9 rebounds per game; sophomore forward Drew Timme accounts for 18.9 points and 7.1 boards per contest, while freshman guard Jalen Suggs adds 13.9 points and 4.5 assists a night.

The Zags shouldn’t have any problems rolling over the Gaels even though Saint Mary’s is an excellent defensive team. Simply put, Gonzaga has too much firepower on both sides of the ball, so I’m backing the best team in the nation to cover.

The Bulldogs execute offensively at the highest level, but their defense is doing a great job, too. Therefore, I’m expecting the Gaels to struggle mightily on the offensive end. In their previous encounter on February 18, the Gaels shot 45.5% from the field while allowing the Zags to make a whopping 61.1% of their field goals.

The Gaels will try their best to slow down things as much they can. They are capable of playing aggressive defense for most of the game and allow just 14.9 attempts from deep per game which are the third-fewest in the nation, so I’m backing the under. Still, my top pick here is Gonzaga to cover.