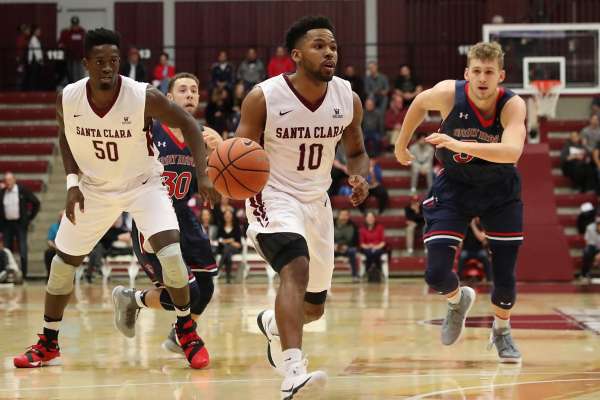 The Broncos lost to the Pacific Tigers in their last matchup, 87-74. Pacific won the rebounding battle. The Tigers had 12 offensive rebounds and 35 total rebounds, while the Broncos had two and 21, respectively. Santa Clara’s DJ Mitchell had a good game, leading the team in scoring with 18 points on 6-for-11 shooting.

This is the second game of the season between these two squads. In the first, Josip Vrankic recorded 22 points and 10 rebounds and the Broncos defeated the Gaels 67-66. Santa Clara had a better turnover percentage (14.7 vs. 17.7). Saint Mary’s, on the other hand, did a fantastic job of converting from the charity stripe (19-23; 82.6 percent).

The Gaels’ average margin of victory in their last five games has been 3.8, down from 10.2 for the season.